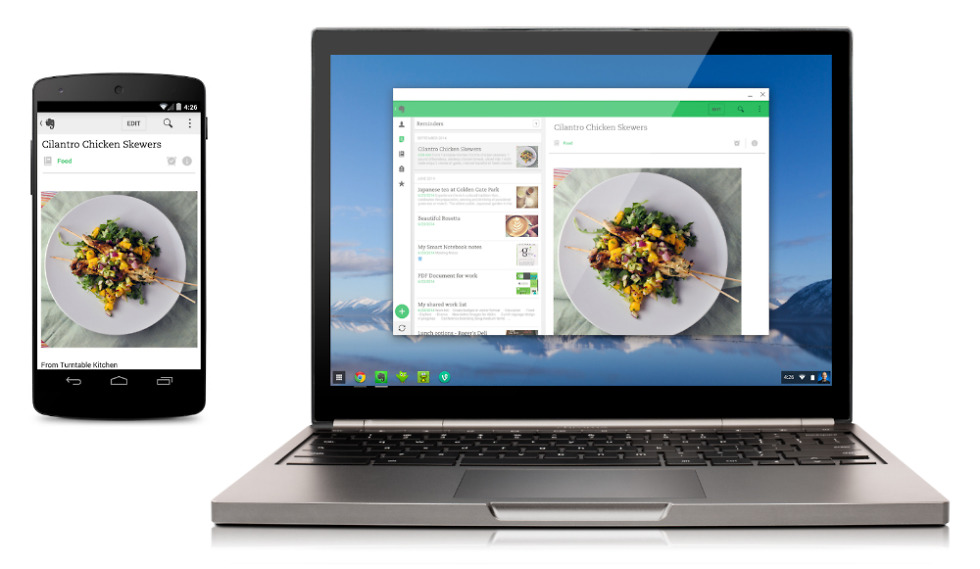 Google announced the first set of Android apps making their way to Chrome OS this morning, those being Vine, Duolingo, Evernote, and Sight Words.

At Google I/O, the company announced they would be working with select developers to bring Android apps to Chromebooks, allowing users to have a few of their favorite apps always with them.

If you would like to see your favorite app make its way to a Chromebook, you can tell Google which one you want right here.