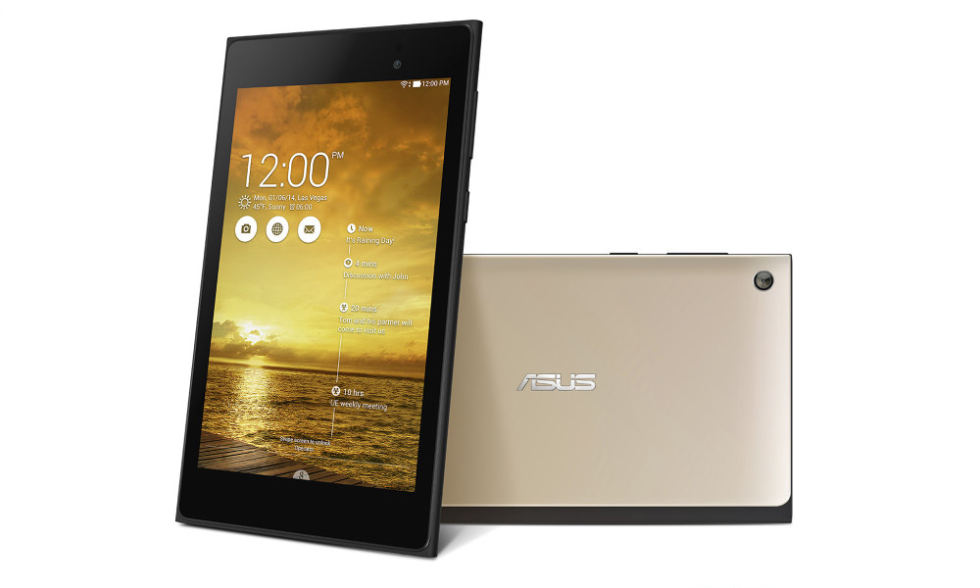 At IFA today, Asus took the opportunity not only to introduce the company’s first Android Wear smartwatch, but also a MeMo Pad 7 with upgraded specs.

The unveiled tablet is quite a departure from the Pad 7’s last refresh, which was at Computex in January. The processor has been switched to a 64-bit Atom chip, the display has been upgraded to 1080p, and RAM has been doubled to 2GB. The front-facing camera is now 2-megapixels, plus the new tablet is quite a bit thinner and lighter at 8.3mm thick and 269g, respectively.

The MeMo Pad 7 will debut in Burgundy Red, Champagne Gold, and Gentle Black at some point in the near future. The WiFi version (details of the LTE variant haven’t yet been announced) is expected to cost 199 euro, or roughly $260. That’s a lot more expensive than the last entrant in the Pad 7 line, but higher-end hardware doesn’t come cheap.