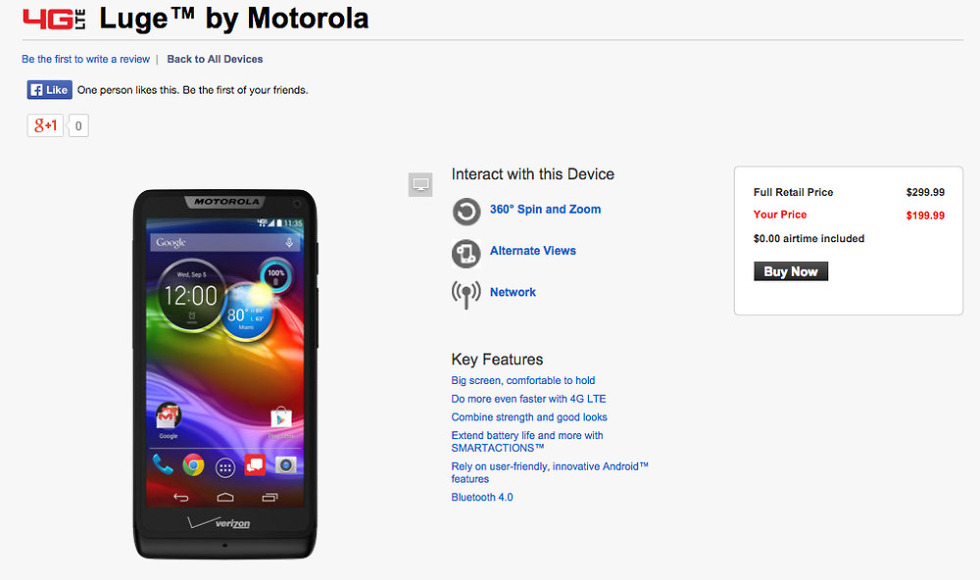 Months ago, sources of ours told us that Verizon had plans to launch a device called the Motorola Luge, which was nothing but a rebranded DROID RAZR M aimed at their prepaid service. Today, that phone has arrived.

When I say that this is a rebranded DROID RAZR M, I’m not kidding. This is the RAZR M, only with a new name. Verizon and Motorola didn’t even remove the kevlar backing, they just changed the name. Also, their support pages list both devices, since they are, well, the same thing.

As a recap, the Luge sports a 4.3-inch qHD display, 1.5GHz dual-core processor, 1GB RAM, 8MP rear camera, 2,000mAh battery, 8GB storage, micro SD slot, Android 4.4.2, and can connect to Big Red’s LTE network. Also, this is the RAZR M from two years ago, when Verizon introduced the RAZR HD. This is a two-year old phone that was mid-range when it first became available.