On Monday, we asked our lovely community to submit questions for Volume 22 of the Droid Life Q&A Sessions. It looks like many people are curious about our take on custom ROMs these days, as well as when an Android phone deserves to be upgraded.

On top of Android-related inquiries, people are curious about what we could do to get Ron off of his iPhone addiction, as well as the DL Staff’s current favorite burger and beer combo at this moment. We have selected a few of our favorite questions, so take a look below at this volume’s answers.

What are the must have items for next year’s flagships?

K:  A phone that isn’t huge, that actually has a really amazing camera, and a battery that legitimately lasts for more than a day. Phones these days are plenty powerful, have awesome displays, and more than enough RAM to perform like mini-computers, but those other three areas continue to be pain points from one phone to the next.

T:  I am still pretty content with 1080p displays, but QHD panels would be nice to see on most of the flagships coming out. As for everything else, I need processors and RAM counts that will make sure I don’t experience any lagging during gaming or anything else. Finally, but probably the most importantly, since most flagships will undoubtedly come with everything I already mentioned, I want a a really good camera. And not just on one phone, but all of the phones.

R:  I think the big thing for me is to have a flagship with no software lag and an amazing camera. The best flagships today are still compromising in those areas for some reason (the G3 perhaps being the exception).

Do you guys still root and put custom ROMs on your phones?

K:  I tend to keep my Nexus devices rooted and unlocked, but that’s it. Most of the phones I own are for review or test purposes or to receive OTA updates, so rooting and installing ROMs becomes somewhat difficult. We need phones in a stock state to be able to tell you what’s going on with them. Plus, I switch devices so much that it would just be a pain to try and keep up with all of those different ROM communities.

T:  I have not flashed a custom ROM in what feels like years. I guess the last time I actually flashed anything custom was on the Galaxy Nexus. Looking back, that was a while ago. Now, I make sure all of my phones and tablets can receive OTA updates, since it’s important for this job. And even if I was to flash custom ROMs still, I usually don’t find them to be as useful as they used to be. Stock Android treats me well, so I don’t see any need in fixing something which isn’t broke.

R:  Nope. I’m happy with the Moto X with stock software. I still customize it, but ROMs aren’t necessary anymore for the kind of customization they used to afford. 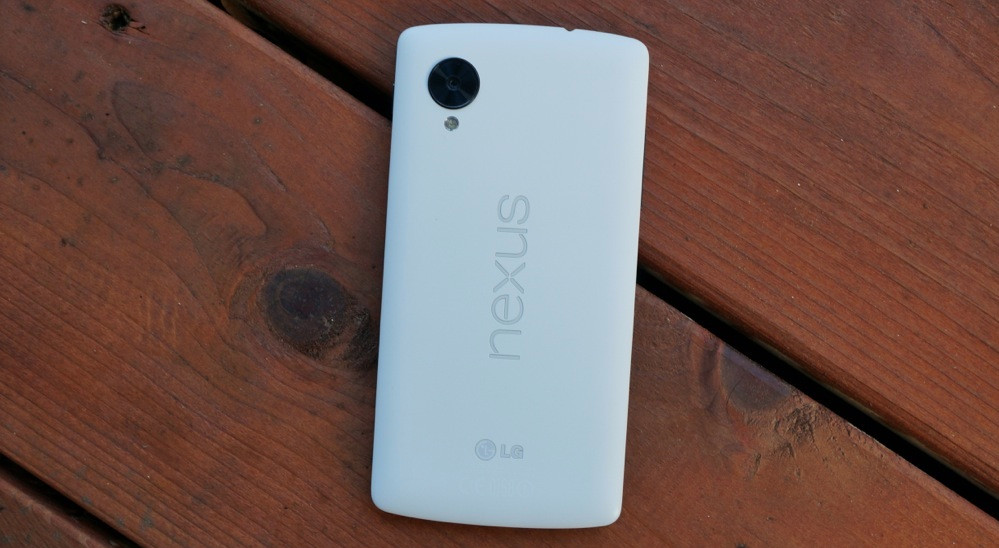 What impact do you see iOS 8 and a large-screen iPhone having on the Android ecosystem?

K:  A large-screen iPhone is a huge deal. For years, Android phones have captured our hearts because of their size, which allows for a better experience consuming media. If you create an iPhone that matches big Android phones, I could actually see a number of people switching. Then you add in iOS8 and Continuity and you have a real winning combination. Android as an operating system doesn’t have much to worry about overall because it’s just so widely adopted, but Apple may have its biggest iPhone launch ever if it introduces a bigger version.

T:  Honestly, I couldn’t be more excited to see some change come out of Cupertino. Apple has been stuck on that 4″ display for too long, and if people are going to continuously buy into iOS, they might as well as enjoy it on bigger screens. Trust me, when larger iPhones come out, nothing about the software  will change. The only difference will be a few extra icons, and people enjoying their content on bigger displays. I think a 5″ iPhone could look really good, considering they keep the resolution high and the body super slim. I’m excited.

R:  It depends on the resolution and aspect ratio. If they show more data like the iPhone 5 did over the 4S then it might influence Google and Android OEMs to work on how apps are displayed, but if it just makes everything the same ratio, but bigger then it will have the same issues that Android has had with larger displays and probably have little to no influence.

What is your favorite burger/beer combo now?

K:  Back in April, I mentioned the Franklin burger from Distilled in NYC. I don’t think anything has changed in terms of my favorite. My mouth still waters every time I think about it. But, I did eat the Havarti Horseradish burger in my home town of Whitefish, MT at the Craggy Range a couple of months ago, and it was to die for. Havarti cheese, smoked bacon, horseradish sauce. Pair that with a Cold Smoke from Kettlehouse Brewing and you have an amazing combo.

T:  I eat burgers. A lot of burgers. Pin-pointing a favorite at any given time is very hard when you eat as many burgers as I do. However, I will try my best. There are two burgers that come to mind right now, those being the Yakuza Burger from a place called Yakuza here in Portland, and the Franklin Burger from Distilled NY in New York City. These two burgers, coupled with a good refreshing brew, are my favorites to date. But, just for the record, my favorite burger with a Diet Coke would be a Double Whopper with no cheese, plus bacon, minus pickles from Burger King. And that you can get anywhere in this great nation of ours. God bless America. And burgers.

How long do you stick with one particular phone before switching to another?

K:  Depends on how frequently a new flagship phone comes out. Earlier in the year, I went from the One (M8) to the Galaxy S5 to the Xperia Z2 to the OnePlus to the Nexus 5 here or there, all within a short time. Now, I’m pretty hooked on the G3, but I get the feeling that is about to change with the new Moto X arriving in two weeks.

T:  Usually I will stick with a phone until the next big phone comes out. For example, I will rock the G3 until the Motorola X+1 or Galaxy Note 4 hits my desk, and then depending on if I like them or not, I will either go back to the G3 or stick with one of them. From what I know so far, the Motorola flagship definitely has my attention the most right now.

R:  I live in the works of two year contracts just like everyone else. A big part of my learning to be satisfied with what I have has been learning to love used devices. I can remember that my first iPod had a large scratch on the front of it, which for some might make it seem less desirable, but for me it made it easily identifiable. I like that my 5c has scuffs here and there. It’s being used and loved on and that’s part of what makes it mine. 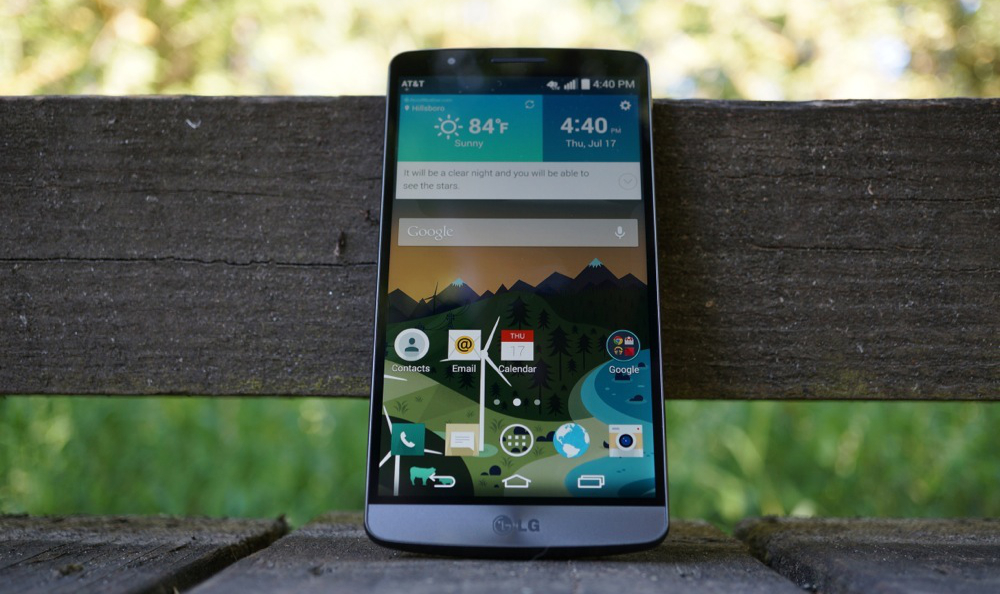 What determines a worthy upgrade for a phone?

K:  Depends on what’s important to you or what is driving you nuts about your current phone. Sick of not getting updates fast enough? Upgrade to a Nexus. Sick of a terrible skin and want the best user experience? Upgrade to a Motorola phone. Want the best display or camera? Buy a Samsung device. Want the newest in smartphone tech? Buy an LG phone.

T:  Whenever a next-gen phone comes out, for example the Galaxy S5 over the Galaxy S4, the most important thing to me is software optimizations, camera enhancements, and hardware changes. If those things have been improved over the previous year’s model, then by all means, upgrade that phone. However, using that same example, the only thing the Galaxy S5 has over the S4 is the camera. Other than that, the Galaxy S4 has a better feel in-hand, and its performance seems much better than the Galaxy S5. To me, the GS5 did not warrant an upgrade over the S4. But of course, that’s just me. The Galaxy Note 4 over the Note 3 on the other hand, could be a completely different story. On September 3, we will know!

R:  If you’re on a 2 year contract cycle pretty much anything new should be upgrade-worthy. The big things is just deciding what compromises you want to make.

What would it take to get Ron to ditch his iOS devices?

T:  Maybe if Tiny Wings came to Android we could finally sway him. But that’s never happening.

R:  It would take an Android device with a great camera, insanely fast software, all the iOS apps that I love that aren’t available on Android still, and services like iMessage to be available on Android. Some of those will happen eventually, but certainly not all of them. The long and short of it is that I’m very happy using iOS, but I’m also happy to recommend Android phones to friends and family when appropriate. Friends don’t let friends use Windows Phone, though.