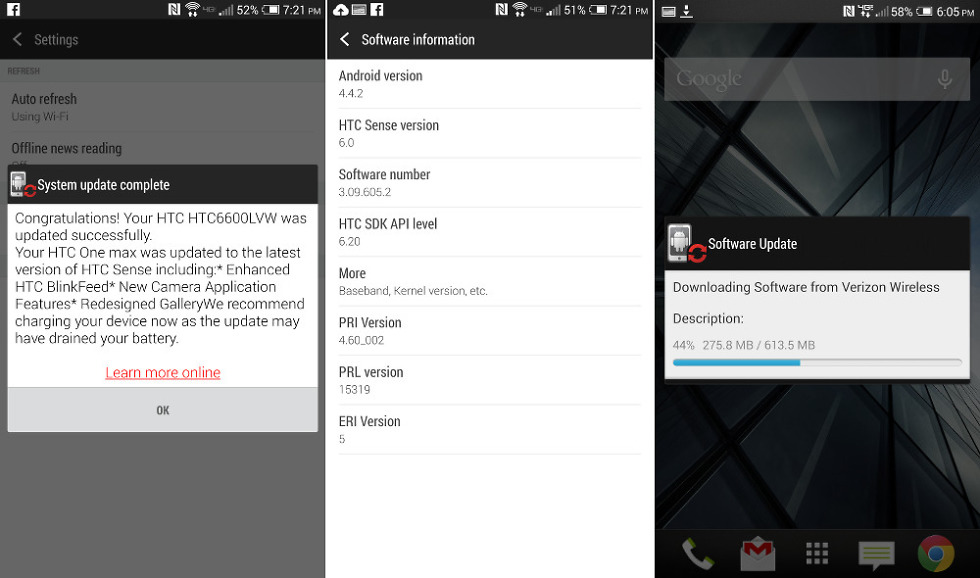 If you own an HTC One Max on Verizon, your Sense 6 update is finally here. The update, according to at least one of our readers who received it yesterday, runs 613.5MB and jumps the phone up to software version 3.09.605.2.

To check for the update, head into Settings>About>Software updates.

HTC has yet to update their Sense 6 status page, but Verizon already has the full changelog up as of August 15.