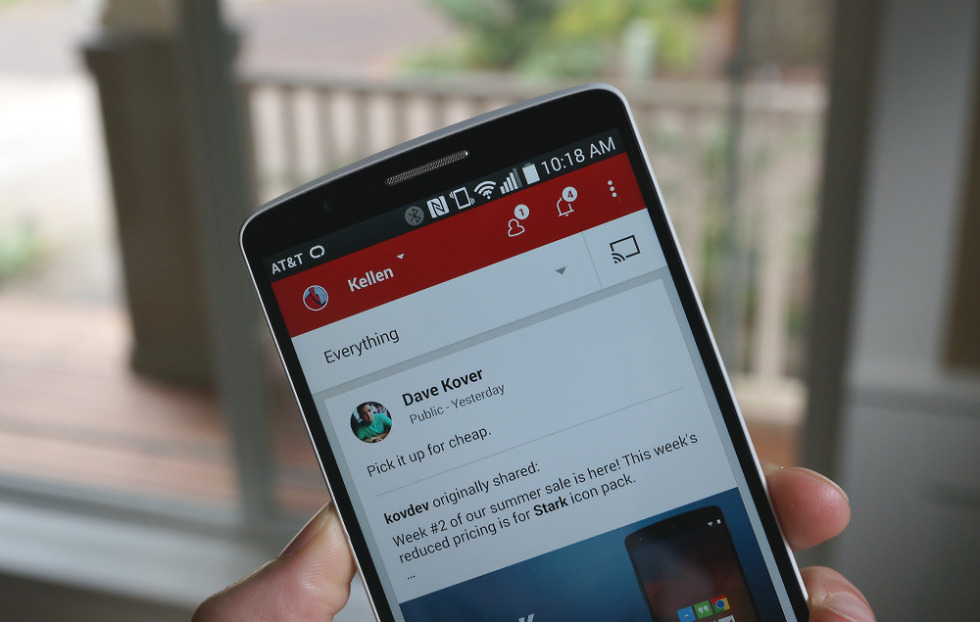 A minor update (v4.5.0.72928916) showed up for the Google+ Android app last night that most would probably assume only introduced things like stability improvements and bug fixes. If you assumed that (like I did), you were wrong (maybe). Once updated, some users (including me) are seeing a Cast button for casting your G+ stream through Chromecast.

The Cast functionality may or may not be server-side activated, so if you are not seeing the button after updating, give Google a few days. If you are seeing it, feel free to Cast away, Tom Hanks.

Casting your stream isn’t the most robust feature we have ever seen introduced, but it does show you a constantly rolling big-screened version of recent posts. Most don’t do much, outside of posts that contain videos. If you see a post arrive with a video embedded, you can play that video through your Chromecast.

I would imagine that the functionality here will only get better. Chromecast all the things, right? 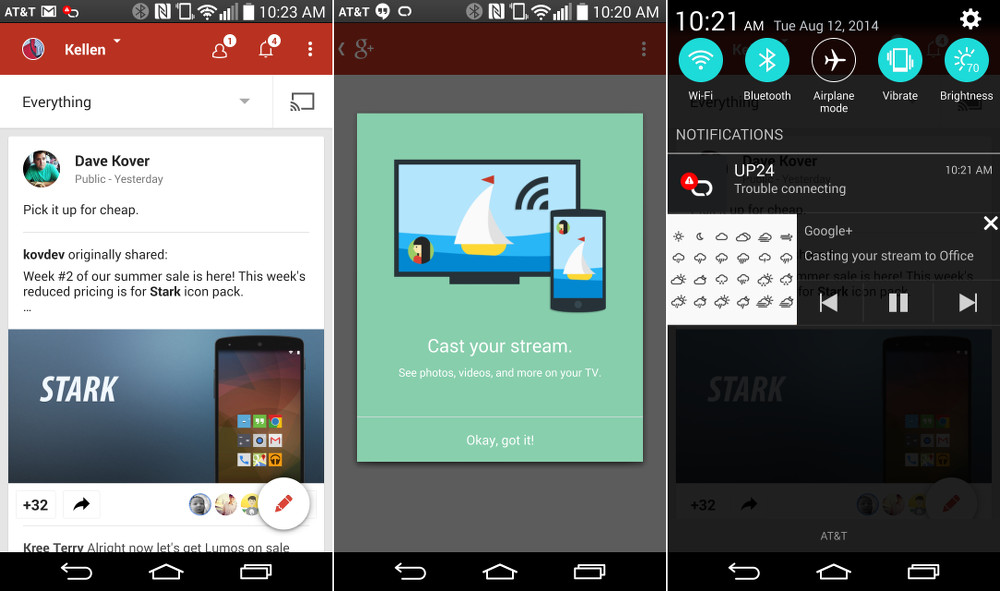