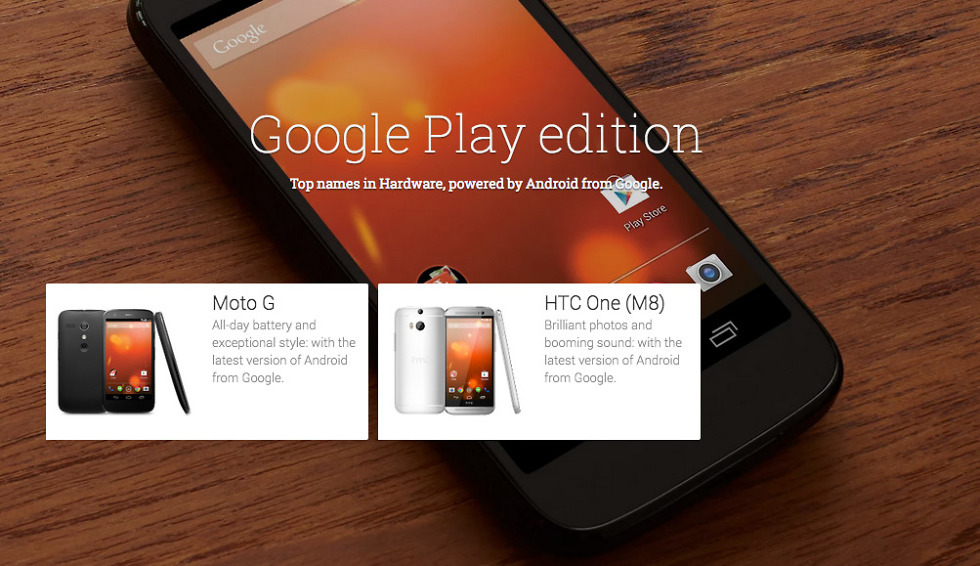 If you were hoping for a return of the Galaxy S4 Google Play Edition, hope no more, as Google has officially removed the device from Google Play. The device, which switched to “We are out of inventory. Please check back soon.” back in June, is now listed as “no longer available for sale.” It’s gone, folks.

The question now is – will we ever see a Galaxy S5 Google Play Edition? We first spotted a GS5 GPE on Google Play at the end of April through the listing for the Galaxy S4, but the phone has never returned or gone up for sale. If you head over to android.com and scroll into the “Customized by you” section, you can see the phone still sitting there. It’s obvious that this device was in the works at some point, we just don’t know if it is any longer.

Back in July, Google began removing Google Play Edition pages for devices that had run out of inventory, though they left the Galaxy S4 for some reason.

Only two remain:  HTC One (M8) and Moto G. Will new GPE devices ever arrive? Are these the last of the line?