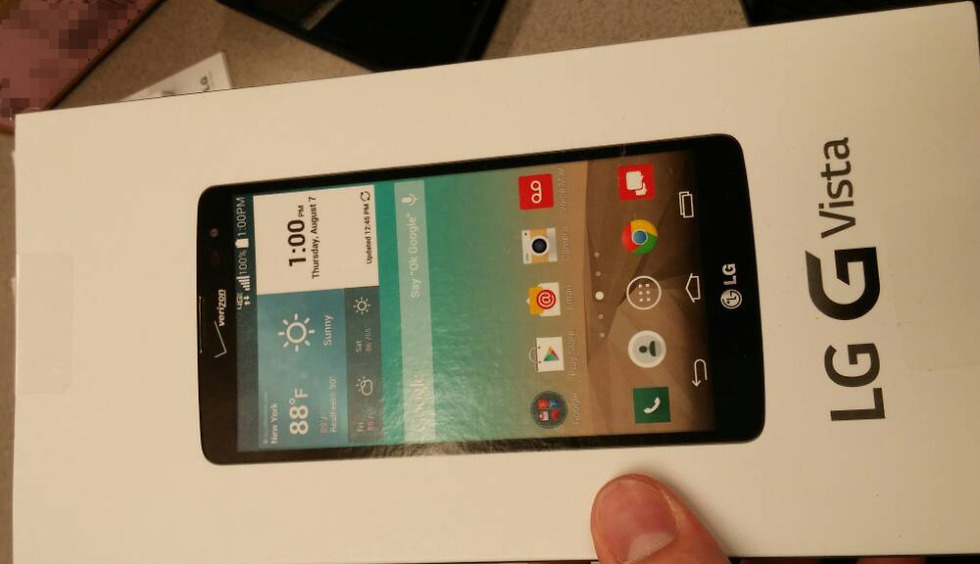 This Thursday, Verizon will launch another LG phone, though this one should only be considered as a budget-friendly option. We are talking about the oft-leaked LG G Vista, a massive 5.7-inch phone that is isn’t so massive when it comes to specs. That’s not to say that this won’t be a fully capable phone, it just doesn’t rank up there with the recently released LG G3, a phone we called the best available in our review.

As you can see from the images, it is quite large, yet still manages to look a lot like the G3 with its rear button arrangement and semi-minimal bezel. It could be a decent alternative. Maybe. 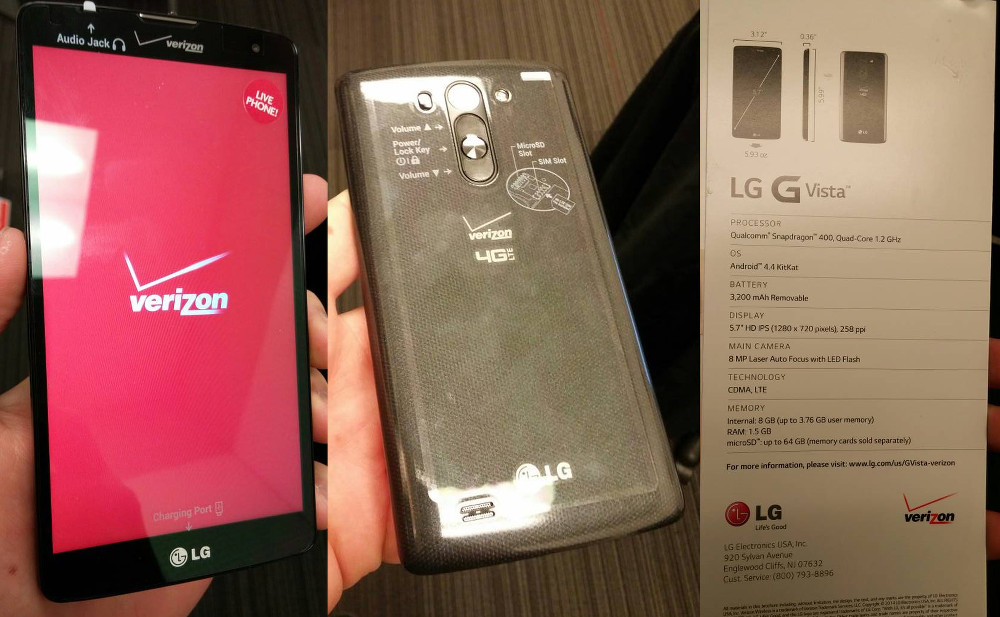