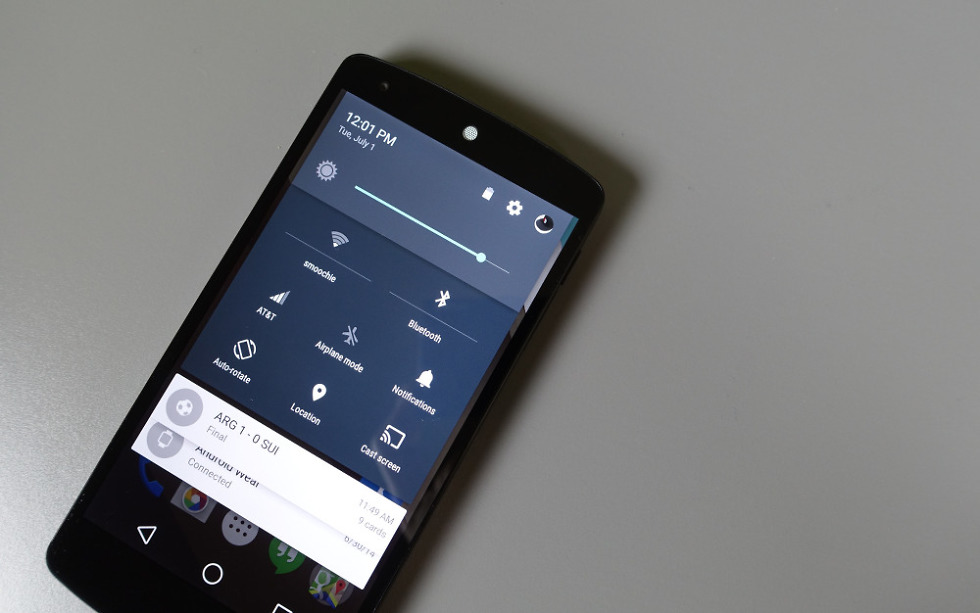 If you have been following our coverage of Android L since its announcement at Google I/O this year, you will already know that we are pretty big fans of the new Quick Settings Panel. The new layout and design of the feature makes it easier to use and looks much better than it has on any version of Android we are running now. The only way we could be bigger fans of the QSP is if we could customize it. Apparently, Google is one step ahead of us.

Posted on one of the issue trackers for the Android L project, one smart user posed the question to Google, “why can’t we customize these settings?” He went on to back up his argument by saying that different users have different needs at their settings menu and that some of the toggles aren’t needed by everyone. Luckily, someone at Google heard his plea and passed it along to the development team as something that could be worked into Android L.

We know this is far from being confirmed as a new feature in Android L’s upcoming changelog, but such a simple thing would be welcome by many users. Time will only tell if Google decides to put their time into giving us this bit of fan service or not.

Until then, be sure to check out our video on the current Android L QSP.