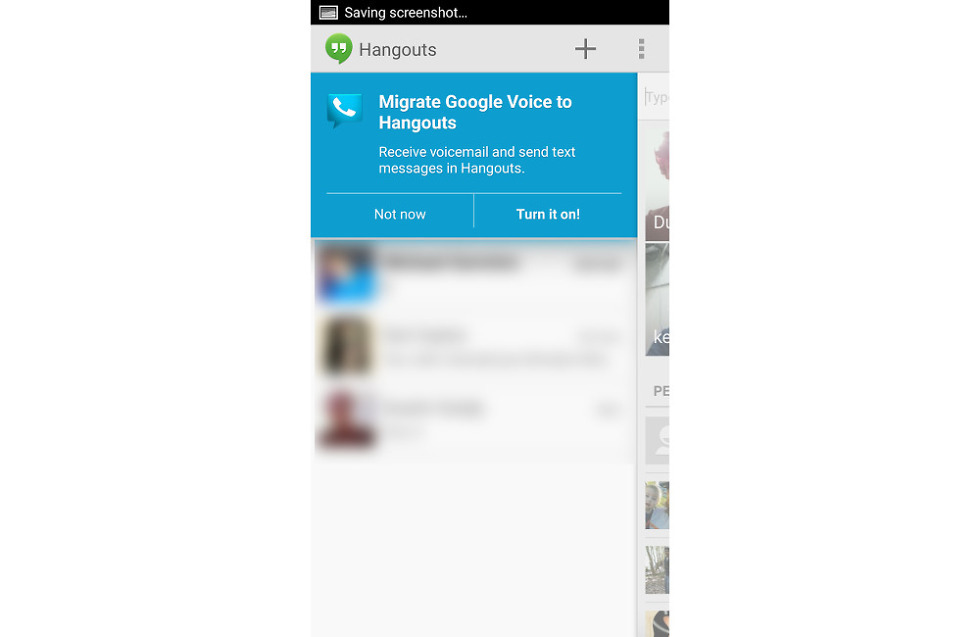 What happens when you root your phone and tell it to “DebugAllTheThings?” You find interesting debugging menus in apps like Google Hangouts that activate never-before-seen pop-ups that mention things like migrating to Google Voice, so that you can receive voicemails in Hangouts. Wait, that feature isn’t live yet, is it? No it isn’t. It still doesn’t appear to be live either, even if you debugged all the things to find this hidden gem.

Thanks to a user on reddit who discovered this pop-up (the one included above), the Google Voice-to-Hangouts enthusiasts are running wild hoping that the integration has finally arrived. Unfortunately, this menu that shows “Not now” and “Turn it on!” does not seem to be working for anyone willing to test it. It could be that Google added this menu in a recent update and has yet to activate it or maybe no one debugged all the things up until now and simply hasn’t found this menu until today. We do not know. Hopes crushed. Apologies. Go USA! Err…

If you want to open up debugging fun in Hangouts, you need to root your current phone and then head to this XDA thread to sideload an .apk. Let us know how it goes.