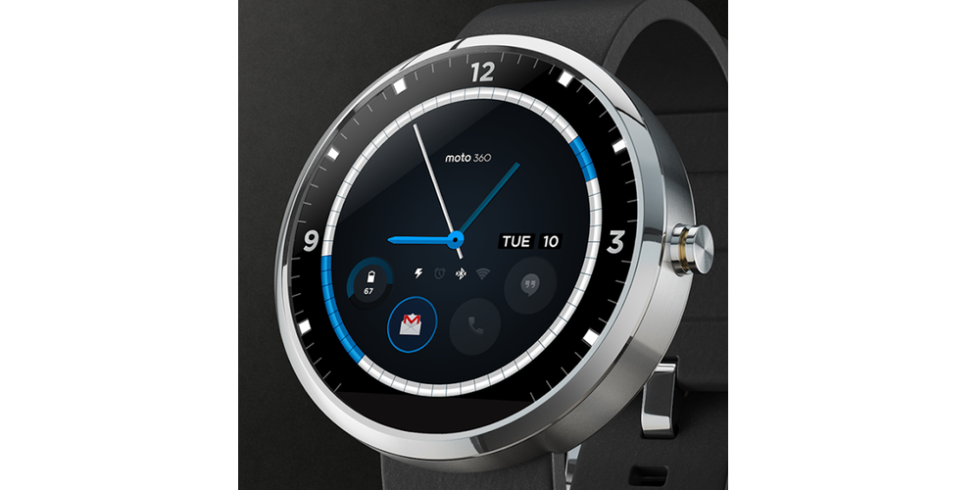 At least one person’s getting the Moto 360 before too long: the winner of Motorola’s design competition, David Pascual.

His watch face is classic, but manages to expertly blend the requisite elements of a smartwatch. White numerals sit on a black background with blue accents, but also present are wireless, power, and Bluetooth indicators, along with a space for notifications.

Motorola says Pascual’s design has a chance of appearing on the Moto 360, but that will probably depend on whether or not developers can faithfully recreate it within the confines of Android Wear.

If it does come pre-installed, it may look a bit different. Still, it is pretty nice.