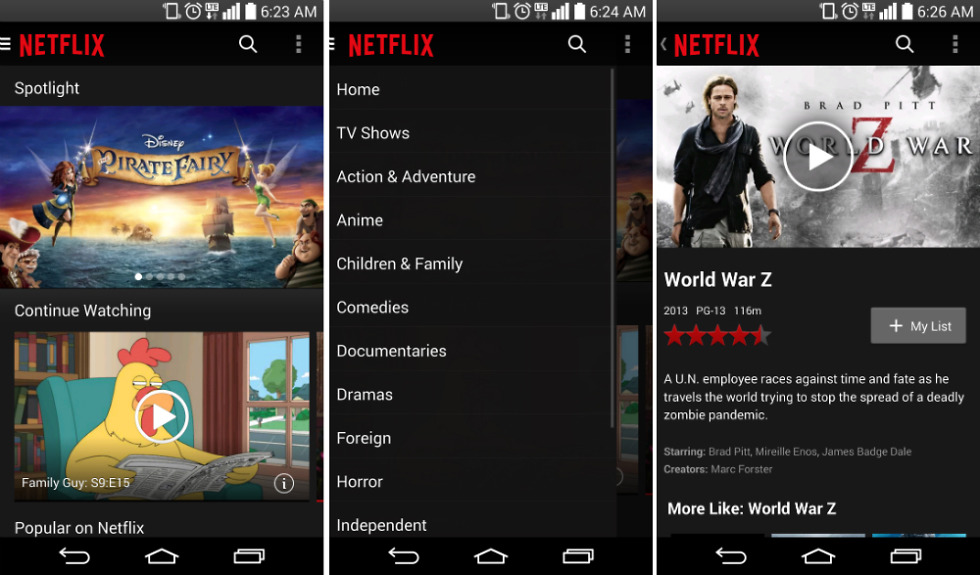 Folks are waking up to a Netflix update this morning, one which includes a fancy new white icon and UI enhancements. The changelog posted on Google Play is rather bare, stating “UI enhancements and bug fixes,” but it would seem this update is just a tad more important than that.

Performance definitely appears to be more smooth throughout the application, and video playback still seems rather good over 4G LTE. Netflix is also continuing its trend of making the app darker on Android, with the UI showing much more shadowy tones than it previously did.

If you want to check out the update for yourself, and that awesome new icon, download it on Google Play by following the link below.