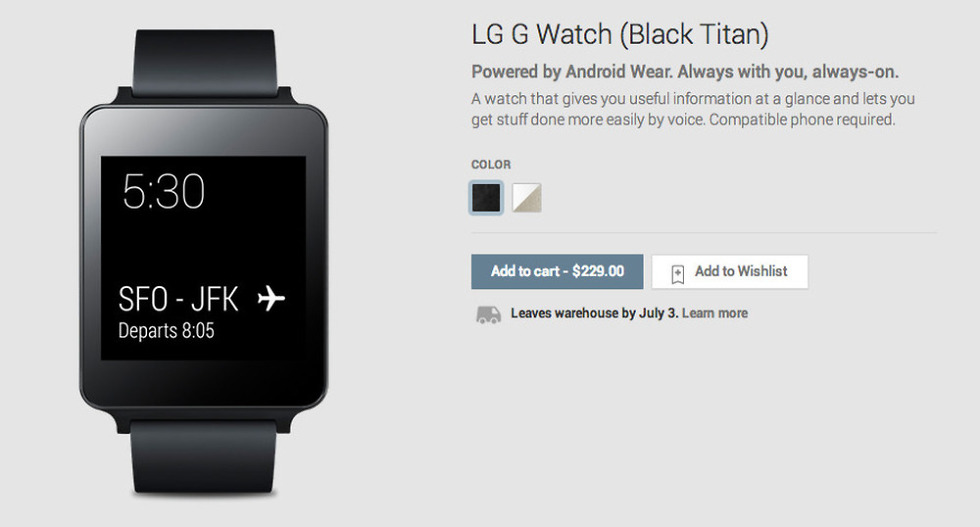 The world’s first Android Wear smartwatches, the LG G Watch and Samsung Gear Live, are now available for pre-order through Google Play. Thankfully, they should both ship within a week or two.

The LG G Watch is priced at $229 and comes in either Black Titan or White Gold. It has an expected ship date of July 3 and is available in the following countries:  Australia, Canada, France, Germany, India, Ireland, Italy, Japan, South Korea, Spain, United Kingdom, and United States.

The Samsung Gear Live is priced at $199 and comes in only one color for now, black. It is expected to ship by July 8 and is available in the following countries:  Canada, France, Germany, Ireland, Italy, Spain, United Kingdom, and United States.

Full specs and details for each watch can be found here.