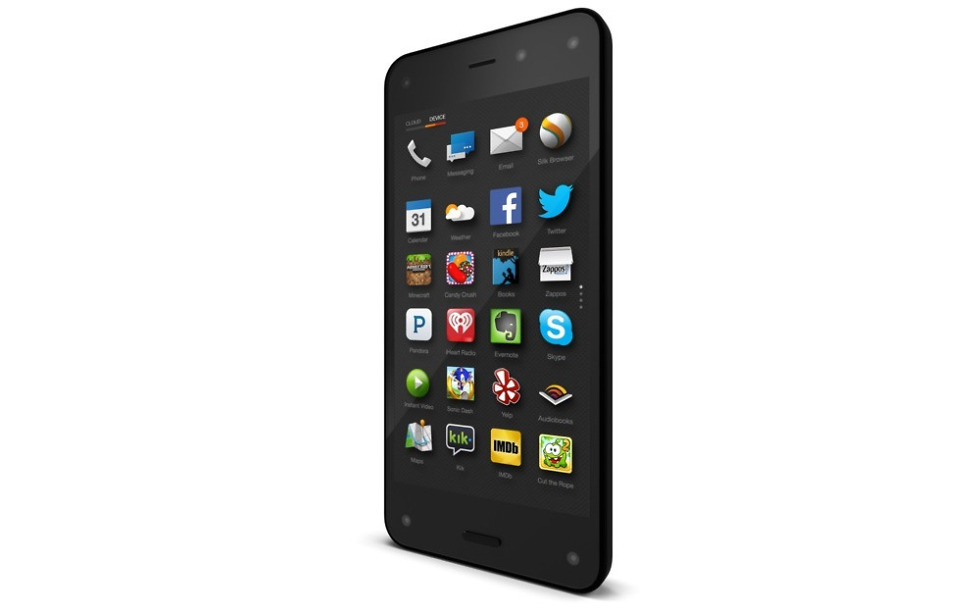 Amazon has officially unveiled its first phone, the Fire Phone. The device sports decent specs (4.7-inch HD display, 2.2GHz quad-core Qualcomm processor, 2GB RAM, 13MP OIS camera, etc.) and runs $199 or $299 on-contract with AT&T (exclusively) depending on how much storage you jump at. It launches July 25 and can be pre-ordered already.

The Fire Phone relies on features like “Dynamic Perspective” to stand out from the crowd, which is a 3D-like experience that utilizes front facing cameras to follow your every head-move. There is a feature called Firefly that can take text, audio, or video and present you with results for it on the phone, in hopes that you will buy them, more than likely. It uses Mayday for live support like Amazon’s tablets do, forces you into Amazon’s ecosystem, and even includes 12 months of Prime for free should you buy one.

But is it all just one giant gimmick to get you to buy more stuff from Amazon? The phone doesn’t scream “high-end” by today’s standards if you look at the specs, unless you consider a 4-camera 3D trick to be high-end. The price is insanely high if you compare it to what true Android or iOS devices have to offer (like the HTC One (M8), Galaxy S5, or iPhone 5s). The Amazon ecosystem isn’t great by any means in terms of apps or music. So what’s the play here? Why would you want one?

It’s time to sound off in the comments.