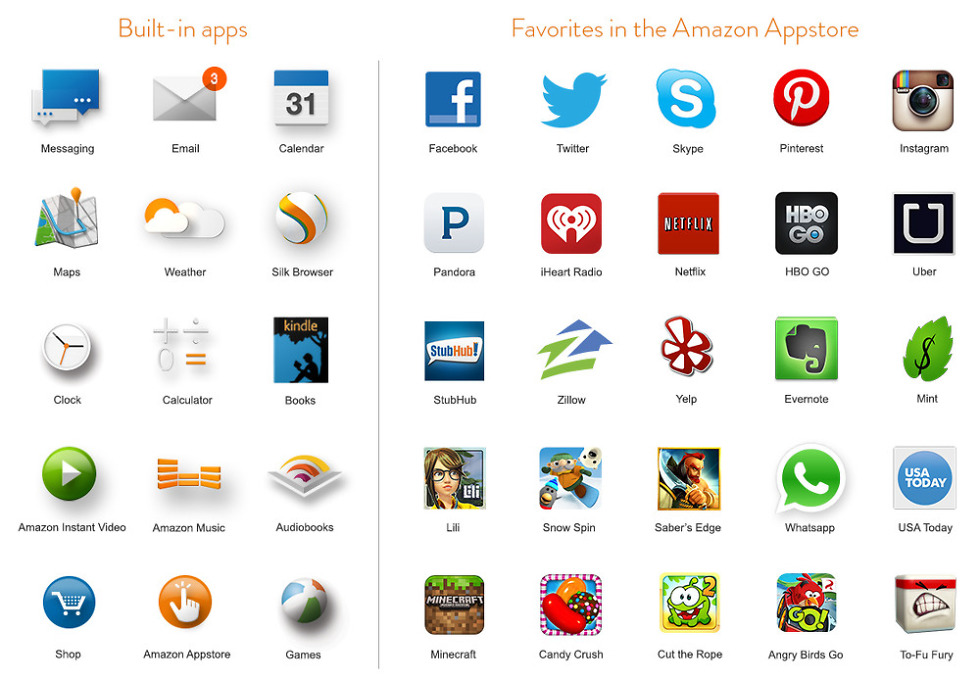 The Amazon Fire Phone will be talked about for the rest of the day ad nauseam. From “top 5 features” lists to people referring to it as the “world’s most exciting phone,” there will be plenty to take in with regard to Amazon’s first attempt at a smartphone. There are things to like and loathe, others to debate about, but one thing is clear – this is an Amazon product through and through.

So I’ll just say this – if you are an Android fan who also happens to love Google’s services, there is no better way to show you that the Fire Phone should not be your next phone than through Amazon’s own Fire Phone listing. Take a look at the image at the top of this post and tell me what’s missing. Are you seeing it?

I would imagine that you figured it out. Amazon points out that the Fire Phone has access to the Amazon Appstore, along with a bunch of apps like Instagram, Netflix, and Facebook. What it doesn’t have, is access to any of Google’s apps. You will notice that Gmail, Google Maps, Hangouts, Google+, Google Calendar, Chrome, Drive, and YouTube are no where to be found. You also won’t see Google Play, meaning you won’t have access to Google’s own growing app ecosystem or media library through apps like Play Movies and TV, Books, Newsstand, or Music.

And that, my friends, is the biggest problem with the Fire Phone or Fire tablets or the Fire TV, for that matter. If you want the Google experience, which means access to all of Google’s native apps, you won’t get it here.