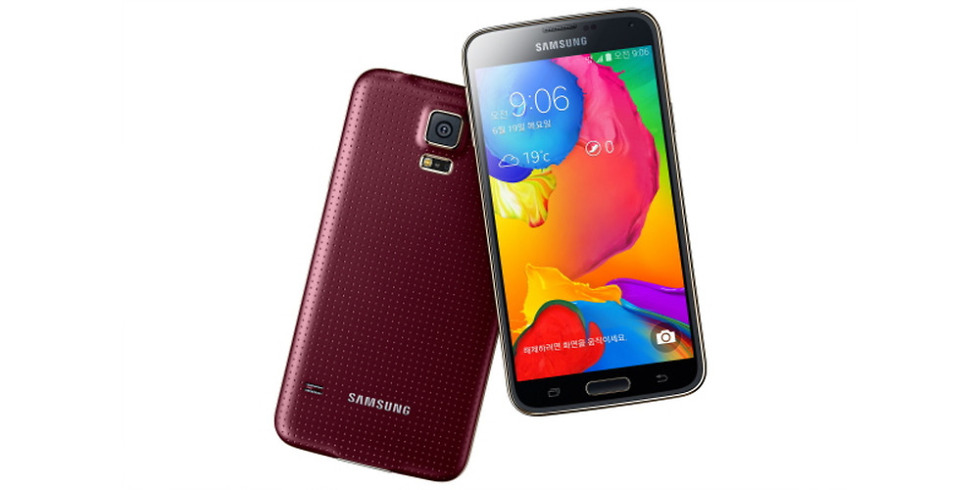 Samsung took the wraps off a brand new variant of the Galaxy S5 this evening in Korea, one that will surely disappoint and excite many of you at the same time. The new variant is the Galaxy S5 LTE-A, which means it supports LTE-Advanced and incredible data speeds. But that’s not all that is different. No sir, this is the model that you have all been dreaming of.

I don’t know if we should assume this is the “Galaxy S5 Prime” that headlined rumors for months, but it sure sounds like it is. The regular Galaxy S5 sports a FHD Super AMOLED display (1080p), 2GB RAM, and Snapdragon 801 processor, so you can see how this new model has been upgraded substantially.

Again, this was announced for Korea, so we have no idea if it will ever come to the US. The device comes in Black, White, Blue, Gold, Pink, and Red (pictured). 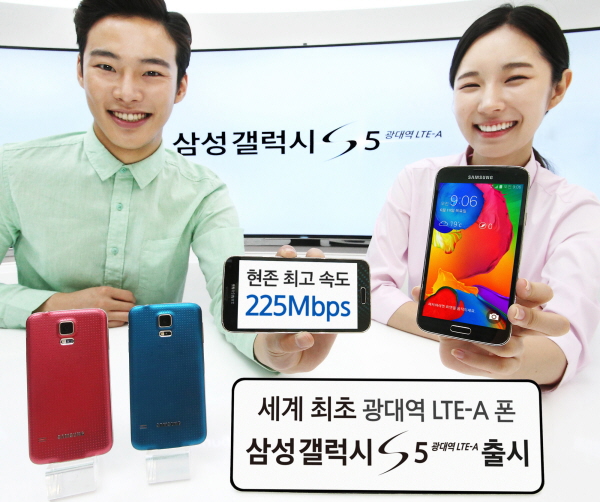 In other words, the existing theory, consumers ‘LTE’ 225Mbps speeds three times faster compared to 10MB one side of the music video can be downloaded in just about 0.4 seconds to showcase at an alarming rate.

Samsung Electronics in 2011 for the first time in Korea LTE smartphone Galaxy S Ⅱ LTE ‘, 2013, there nation’s first LTE-A smart phone’ Galaxy S4 LTE-A ‘releases and this time the Galaxy S5 broadband LTE-A’ to launch a global To further consolidate its position as the leading brand was.

‘Super AMOLED’ Adobe RGB color standard to represent more than 90% of the color gamut (Color Gamut) 0.01ms excellent by 20% of the LCD response time, 100,000:1 contrast ratio to provide a display of color, expressive presence It is the most outstanding feature, HD resolution four times clearer than WQHD (2,560 × 1,440) by applying a smart phone boasts the highest quality.

Galaxy S5 broadband LTE-A ‘from the consumer for innovation and the latest technology to maximize ease of use was also inherited.

AP with 2.5GHz Quad-Core 3GB RAM, powerful features industry-leading 16 million acclaimed high-resolution camera, a waterproof and dustproof IP67-rated summer useful functions and exercise the heart rate check, and you can manage for themselves, such as heart rate monitor existing S5 Galaxy as they applied to the innovative new features.

Galaxy S5 broadband LTE-A ‘is 19 days, SKT launched the first through to the next through KT and LGU + will be released.

Samsung Electronics said, “the world’s first LTE-A phone broadband era product leadership, Samsung’s mobile market once again proved to the world” and “will continue to reflect the needs of a variety of consumer products, serves a global market leader out plan, “he said.