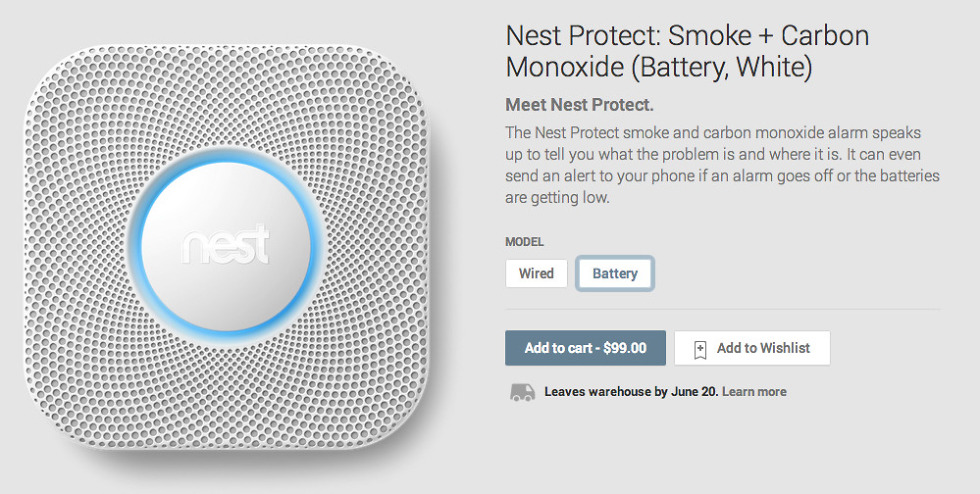 Nest, makers of smart home products like the Nest Thermostat, announced late last night that their previously recalled smoke detector, the Nest Protect, had returned with a removed feature and a new $99 price tag. It was previously available at shops like Best Buy and Amazon, but had for some reason never found its way onto Google Play, even though Google owns the company and has been selling Nest’s Thermostat for months.

That changes today, as the Nest Protect is now available for $99 in either “wired” or “battery” models on Google Play (US, UK, and Canada).