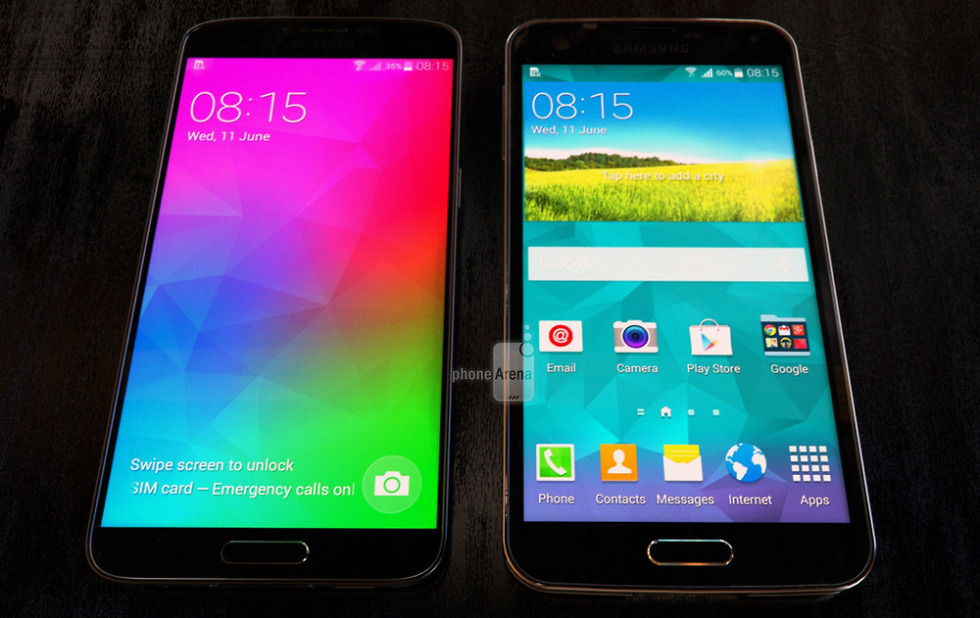 Rumors of a “Prime” version of Samsung’s Galaxy S5 date back to well before the Galaxy S5 ever launched. Executive denials and a barrage of model numbers for new devices haven’t slowed them either. Take todays purported leak, which PhoneArena believes shows the Galaxy F, which is the name we are currently rolling with for the “Prime” Galaxy S5.

As you can see from the image above, the device on the left appears to be a Galaxy S5-like device, though it sports a slightly larger display and substantially less bezel. The Galaxy F is said to be a more refined, premium Galaxy S5 with a metal housing or a non-cheap looking design. It is also expected to carry a Quad HD display (likely Super AMOLED), similar to what the LG G3 has (QHD, LCD). While you can’t exactly tell the resolution of the display or material finishes from this photo, I can’t help but admit that I wish this is how the original Galaxy S5 ended up.

We also have two images below that are said to be of the Galaxy F. They appear to be similar to the image up top, but also show a brushed metal backside and minimal bezel. You can still see the heart rate sensor, coupled with a camera flash under the camera sensor, just like in the regular Galaxy S5. Unfortunately, there really is no way to tell if the device is metal or not from a photo.

Should this device arrive in the near future, I would love to hear reactions from Galaxy S5 owners.