It has only been a couple of weeks since we last brought you five fresh icon packs, but in that time, we received another five that are just too good to not share immediately.

As you all know, we are on a never-ending quest to find the next best icon pack. We have our favorites for sure, but the quality of work that continues to come from some of our favorite icon gurus just seems to keep going next level. These five packs are all awesome in their own right. And guess what? Only one utilizes somewhat of a long shadow! We are evolving, in a good way.

Here are the next fresh five icons. 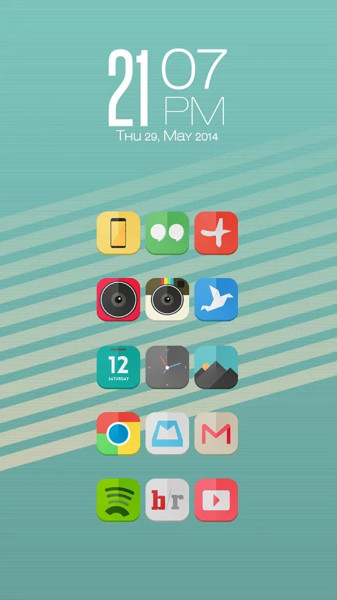 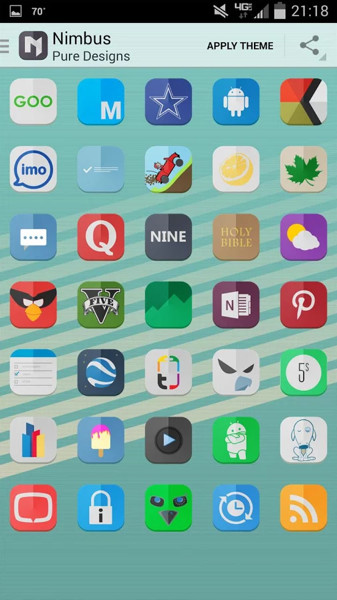 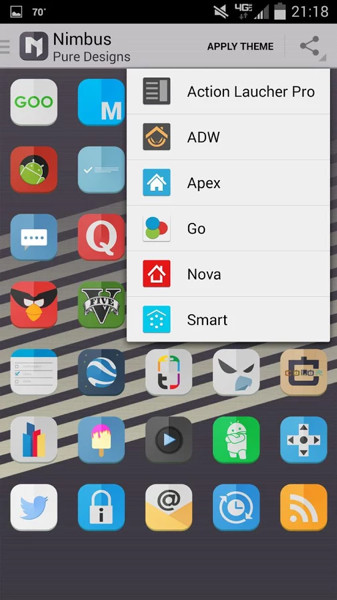 The long-shadow trend for icons may be on the outs, so that means a new trend must arrive. It looks like that could be the center-crease, similar to what we saw with Kovdev’s Domo. Nimbus, uses a similar center fold and bottom edge, to give dimension to a pack that deploys a tasteful array of colors. I wouldn’t describe any of the 1,000+ icons as necessarily bright, but they have just enough color pop to standout on a home screen without overwhelming it. You get a left-focused lighting that drapes a minimal shadow over the right side of each, all which carries rounded corners to fit both rectangular and rounded setups.

Nimbus includes a control panel app and works with popular launchers like Nova, Apex, and GO. 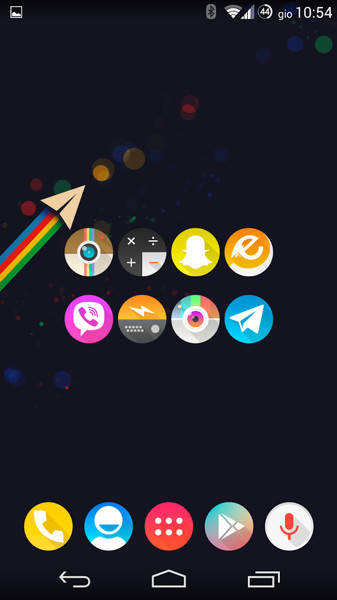 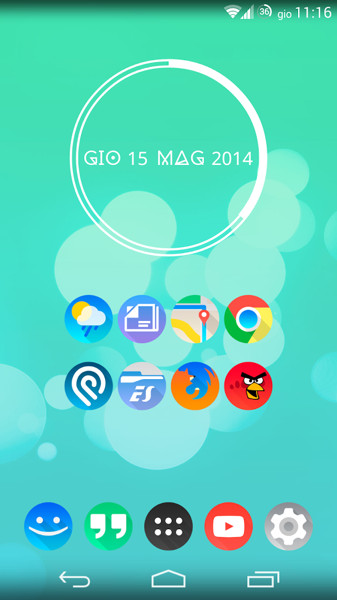 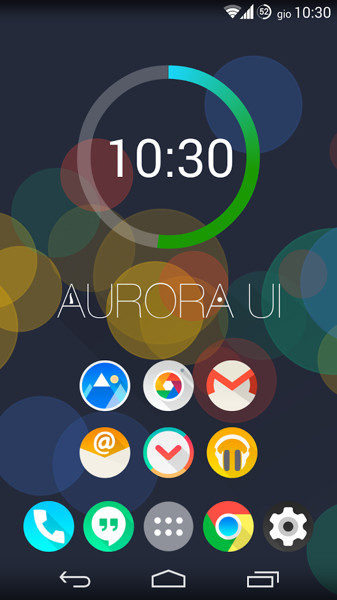 As you can tell from the top image, I am currently using Aurora UI on my One (M8). This icon pack is beautiful, with its rounded, pastel-like style on over 1200 icons. Many of the icons use that long shadow trend that I just said was dead, but it isn’t the standout feature of these icons – the colors and gradients are. You get color pops that let your icons take center stage, all sorts of alternate colors for some of the most popular icons (like phone or the app launcher), and a set of wallpapers that accents the pack better than most. It may come off a little iOS-like, but hey, it looks great in my book.

The developer of Aurora UI also put out this really hot Zooper Widget to go along with the icons.

Aurora includes a control panel app and works with popular launchers like Nova, Apex, Action, Next and GO. 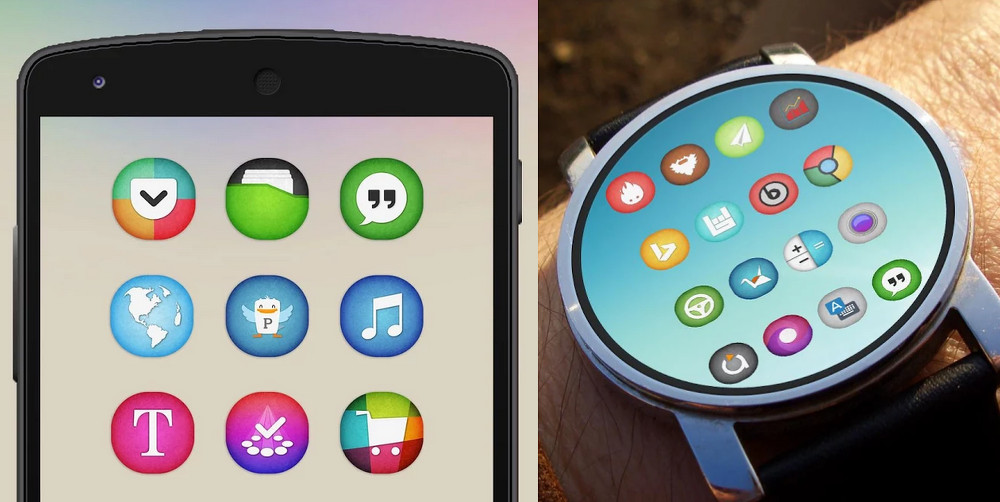 KooGoo brings you rounded icons, bold colors, and edge shadowing that somehow give them a bubble-like depth while allowing the set to work in almost any situation, but especially on dark or black backgrounds. There are over 1,700 icons in the pack, along with over 80 wallpapers and a bunch of docks for Nova Launcher. 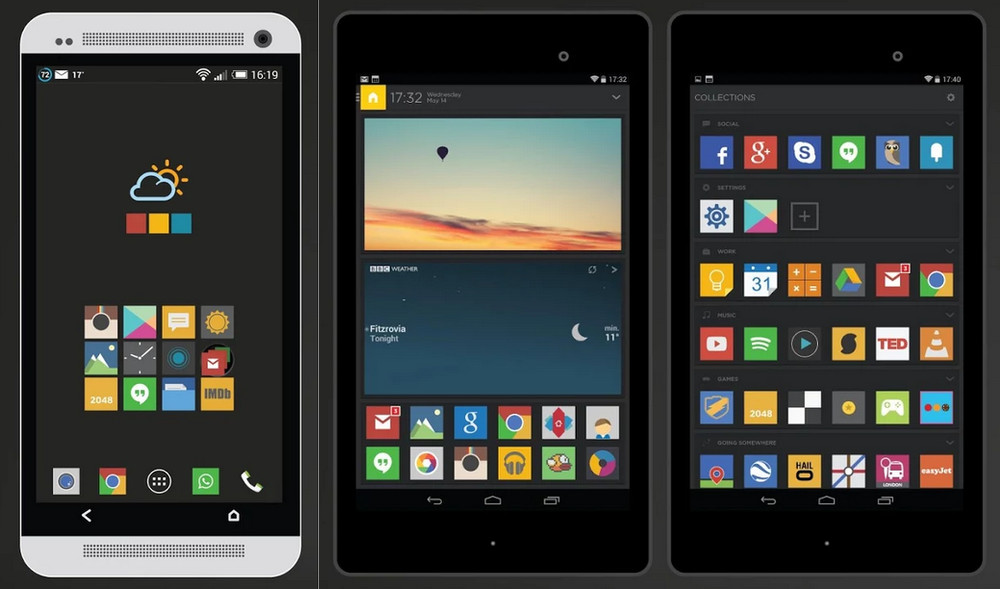 If you want to completely leave the realm of shadows, pastels, and rounded corners, take a look at Noventa. This icon pack includes 700+ pure square icons with natural colors and a design language that has kept the icons in a familiar state, though it happens to be a flattened one. When you look at the Instagram icon, you know what it is. Same thing with the Hangouts, Chrome, or Google Calendar icons – you know exactly what they are. Often times, we see icon packs get so wild with colors and restyling, that it’s tough to figure out what they are. Noventa is there for traditionalists that still want some flavor.

Like Nimbus, Lunar UI uses creases or folds through the center of some of its icons, while casting a subtle shadow from left-to-right. But Lunar UI differs because of the cartoonish-like styling of the icons and the randomness to its choices for shadowing. There are many icons with long-shadows, others with the crease, and some that have neither. Lunar UI is a mixed bag, yet somehow works, for the most part, some of the time. I like Lunar because of its bright attitude and beautiful set of HD wallpapers, but my OCD might take over if I used it for too long.

You can see all of our past icon coverage here. If you have new icon packs that you would like to see featured, be sure to drop us a tip.