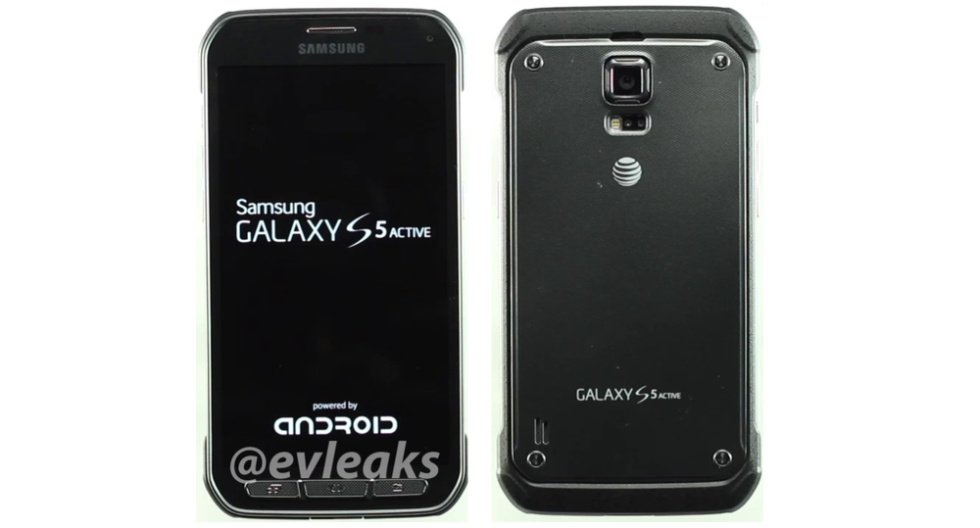 The clearest images yet of the Samsung Galaxy S5 Active leaked today, courtesy of @evleaks. Bound for AT&T, the ruggedized twin of the Galaxy S5 looks to endure all of the concrete and liquid you can throw it at.

Nothing was revealed beyond the new pictures, but we do know a little about the upcoming smartphone. The Galaxy S5 Active will reportedly lose the fingerprint sensor, but gain a dedicated key that acts as a camera shutter button or can be used to launch apps. The Active will also have a removable back cover, as well as a reinforced exterior to lessen the impact of accidental drops.

No word on when the device will launch officially, but if Samsung chooses to debut the S5 Active around the same time as its predecessor last year, we should learn more very soon.