Ever wonder how HTC settled on the aesthetics of the One (M8)? Stuff sat down for an interview with HTC Creative Director Daniel Hundt, who revealed fascinating tidbits about the design process, awesome preliminary sketches of the One (M8), and hints at what the M8’s successor might look like.

Hundt says there are many different approaches to design, but with the M8, the team “let the material guide the phone.” He says, “Our approach at the beginning was to simply start with a chunk of metal and just ask ourselves what we could do with it.”

Of course, electronics require compromises – Hundt says the design team had to ensure adequate space for the M8’s 10 antennas and high-quality speaker, but sacrifice waterproofing – but this time around, he feels the team “made the right trade-offs to get the form [they] wanted.”

As for future projects, Hundt says more metal is in the cards for the M8’s successor. “The body of the M8 is 70% metal, but I’d like to get that closer to 100%,” he says. You can also count on wearbles; Hundt says the design team is “working on wearables,” and that HTC has “amazing companies” partnering with them.

To read the whole interview, which I highly recommend, click the via link below. 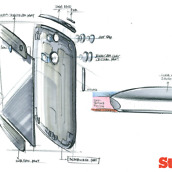 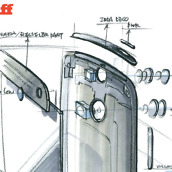 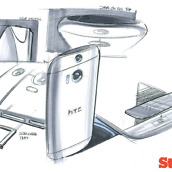 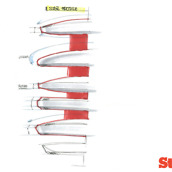