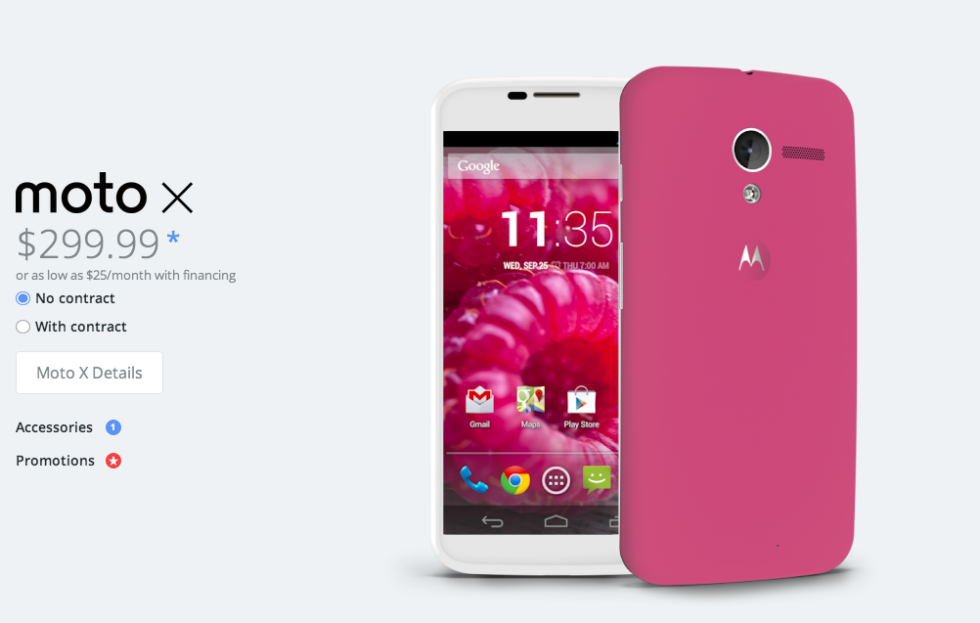 Earlier in the week, Motorola announced that it would run a new 24-hour sale on its 2013 flagship, Moto X, giving you all the chance to get into the customizable device for $299 without a contract. The deal is now live, having started at midnight and running until 11:59PM ET, tonight.

Remember, you can customize a phone at no extra charge through MotoMaker, something no other company has even attempted to do at this point. I am seeing shipping estimates of 8 days or so, though, so you may not see the phone for up to a week. Still, a custom phone with no contract for $299? Tough to beat for a phone we called our top Android phone of 2013.