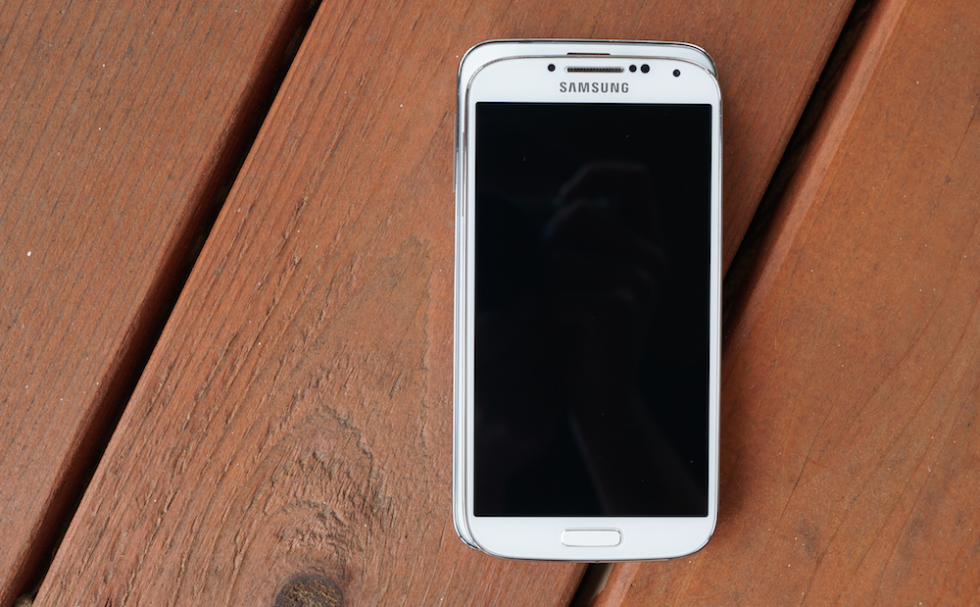 I can’t stand it. Outside of Motorola and Apple, no one wants to make a phone you can actually use anymore. Well, use with one hand efficiently that is. It’s one giant race to see who can do it bigger, with more pixels and megapixels and inches and batteries. Why? Stop it already, Samsung, LG, Sony, Oppo, and the rest of you. I don’t want to use two hands just to control my smartphone.

People wondered why we showed so much praise to the Moto X last year? This is why. Because you can handle the phone in one hand without fuss. You don’t have to adjust your grip to get to the notification bar and then again to get back down to your navigation buttons. You don’t need two hands to take a picture. You don’t need a separate bag to carry it in or JNCO jeans; it actually fits in your pocket, along with a car key, and maybe even some gum.

Samsung had it right last year with the Galaxy S4, but they completely screwed up this year on size with the Galaxy S5. Just look at that picture. The display on the S5 is 0.1″ bigger, yet the phone is substantially taller, wider and more squared off. Why? You can’t tell me the heart rate monitor and barely-there-waterproofing required the extra girth? Holding the S4 is a dream with its subtle rounded corners and edge-to-edge display, while the S5 just feels like another squared-off, mega-phone. I thought the Note series was supposed to be the “phablet?”

As for the HTC One (M8), well, do we even need to talk about it? I don’t think HTC could have made a taller, more awkward-to-use phone, even if it is pretty to look at. Thanks for the BoomSound, HTC; no thanks, for the Manute Bol height.

I just want someone to make a “mini” phone that isn’t a low-end knock-off of the flagship. Sony tried withe Xperia Z1 Compact, but since Sony can’t figure out how to distribute outside of the UK or put a decent display in a phone, who cares. The One (M8) Mini is already rumored to be a garbage entry-level device, just like the S5 Mini will be. The LG G3 Mini could be something, but it’s too early in the rumor cycle to tell.

And look, I get that there are millions out there who want a massive phone with an S Pen and dual-window multi-tasking business, that’s just not me. I want a phone that’s still a phone, not one that’s on the verge of becoming a tablet or that will dwarf my head if I take a call. I want to pull it out of my pocket and use it with the same hand. Now that I’m a dad, I rarely have two hands free, so you can see why I am even more desperate for something manageable.

When this year’s first flagships started rolling out from Samsung and HTC, I was pretty excited to see which would win me over. But now, I’m stuck deciding if this massive phone that’s a pain in the ass to use is better than that massive phone that’s an even bigger pain in the ass to use. In the end, I think I’ll just pass on them all for now and stick to my Nexus 5 and Moto X, two phones that were built for the average person’s hand. And then when I finally get sick of them, maybe Motorola will be ready to release their next.