Remember Project Tango, Google’s development smartphone that allows users to map 3D models of entire rooms? The folks at iFixit managed to get their hands on a prototype, and as customary for their outfit, have disassembled it step-by-step for all of the world to see.

The model is far from final, but the iFixit crew was able to uncover previously undisclosed goodies. In terms of basic hardware, Tango sports a 5-inch LCD screen, a Qualcomm Snapdragon 800 quad-core processor, 2GB of RAM, a 3,000 mAh battery, and 64GB of storage expandable by microSD.

As for the specialized components, the prototype packs two dedicated image co-processors, an IR projector, an 4-megapixel RGB/IR front-facing camera, and a 180-degree rear-facing camera.

Tango apparently works like Microsoft’s Kinect, measuring the depth of objects by projecting an array of dots to be captured by the IR sensors. The 180-degree camera helps with motion tracking, and the two image co-processors work to combine the data into something usable (like the manipulable images seen in Google’s promo video).

A consumer implementation of Tango’s tech is probably a long ways off, but it’s still cool to see how it all works. 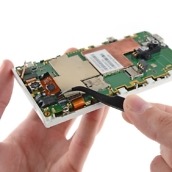 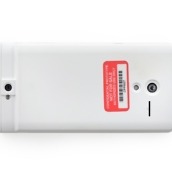 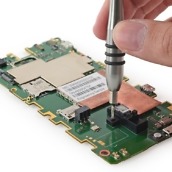 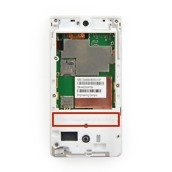 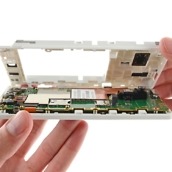