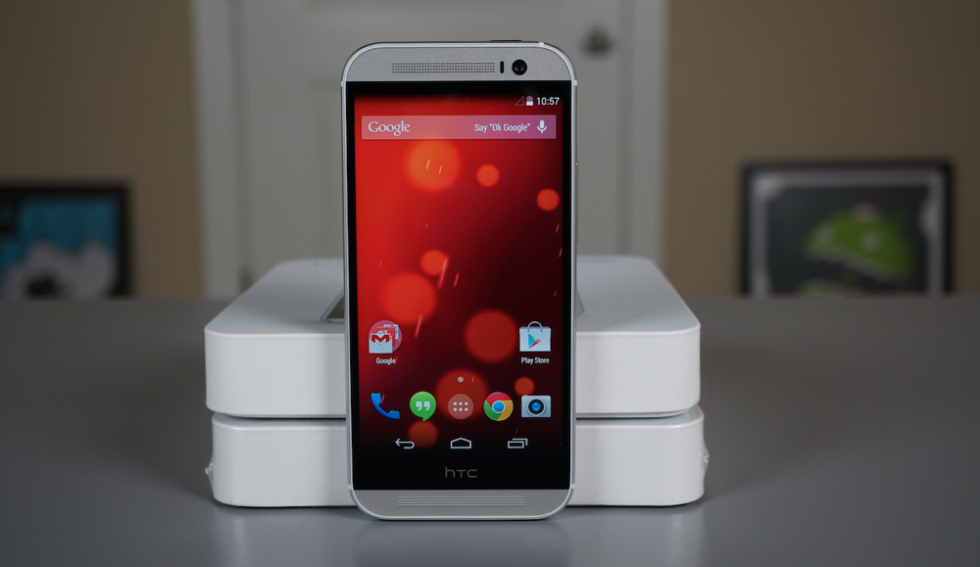 Last year, during Google I/O, Hugo Barra stood on stage to announce Google’s new Google Play Edition program of Android devices that would offer stock software experiences, with timely updates, on the same hardware sold through carriers with manufacturer skins. Samsung and HTC wound up having the first two entries, since their flagships at the time – the Galaxy S4 and HTC One (M7) – were still fairly new. Both were received with praise, even though they each carried premium prices.

Since HTC decided this year to make their new flagship, the HTC One (M8), available in as many different ways as possible, we once again have a Google Play Edition to check out.

Similar to last year, the GPE HTC One (M8) is indeed the exact same hardware as the version sold through carriers, but it has given up HTC’s Sense 6.0 for stock Android 4.4.2. That means no BlinkFeed, no Sense software customizations (except for a couple), and no HTC camera software. HTC told the press on launch day that the Duo camera would work, though we’re still trying to figure out exactly how that’s possible. So far, in our time with the device, we’re seeing the stock Android camera app and nothing else. (Edit:  We found the HTC photo editor, but it’s not exactly making itself easy to find or obvious. More coming in a follow-up video.)

If you were looking for some good news or carry over from Sense, both BoomSound and HTC’s Motion Launch gestures made it into the Google Play Edition. We’ll have more on those in a bit, but that’s all we’re seeing so far that has stuck around on the stock software.

As we find out more, well be sure to pass the info along, including some thoughts on the camera in the GPE vs. the regular HTC One (M8).

Update:  Here is a software tour of the device, showing Duo Camera in action, BoomSound, Motion Launch Gestures, and HTC apps like their TV service.

In the mean time, be sure to check out the video unboxing and tour below.