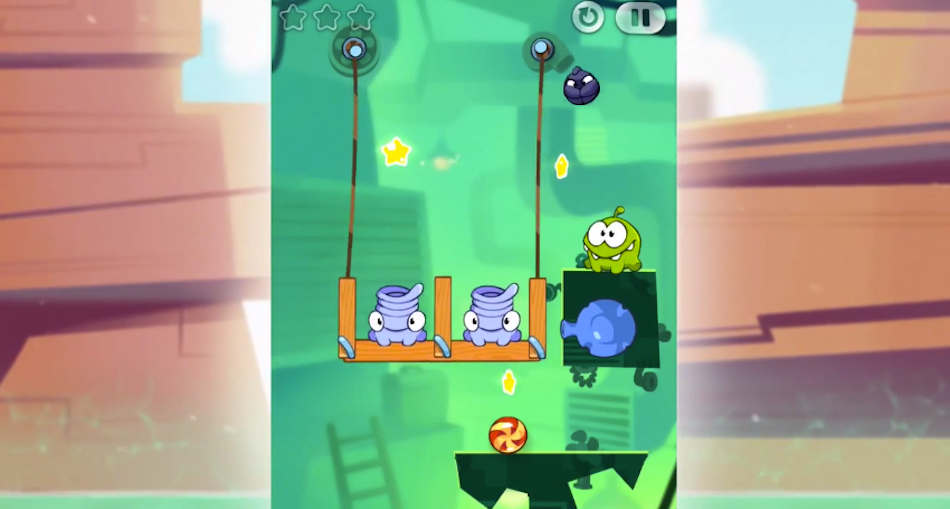 It seems weird that Cut the Rope 2 is just now launching onto Android, as there have been a few Cut the Rope titles released in between this one and the first one years ago. How they decided to do that, I don’t know, but it has finally arrived on Google Play.

In Cut the Rope 2, Om Nom is back – freakin’ sweet. There are also new characters to help you progress through a completely different world, complete with tons of new levels. According to the app’s description, Om Nom has escaped his box, forced to find his candy among bustling cities, deep woods, as well as junkyards. We wouldn’t recommend eating candy found at the junkyard, Om Nom, but maybe your cuteness will kill the bacteria that lives on it.

According to reviews of the game so far, it appears that the developers have implemented some type of energy/time bar. If you run out of energy/time, you can’t play until you get more. Reviewers state it’s like Candy Crush, and if that’s true, we have a bad feeling about this game. Since the game is unavailable here, we can’t confirm this quite yet.

For now, it appears that the game is unavailable for folks in most regions, but you can start refreshing the Google Play link to grab it as soon as its available.

Update: The game is now live. Let us know what you think.