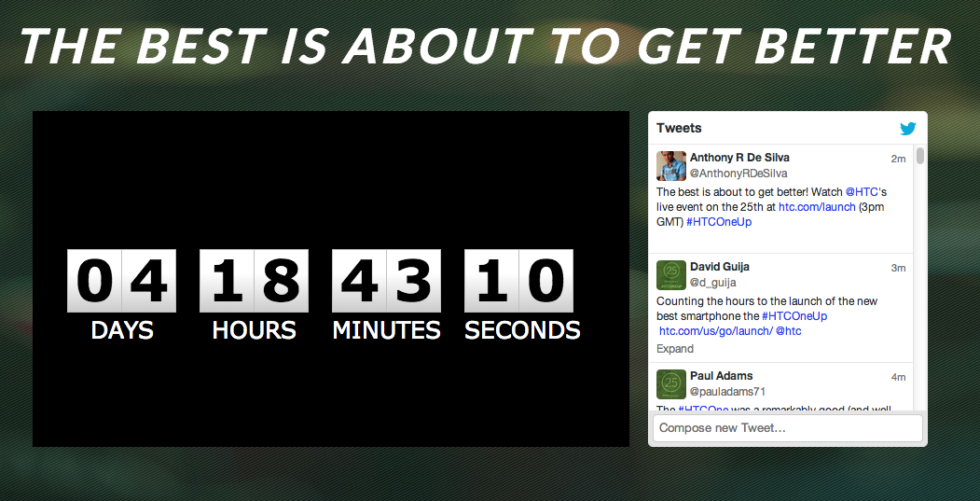 The “All New HTC One” or HTC One (2014) will arrive in just over four days from now during dual events in both London and New York City. To help continue building hype around a phone that we seem to know everything about, HTC has set up a live stream page that is counting down to its unveiling. That’s good news for those who aren’t members of the press, as you’ll be able to watch along and experience the new One.

Carphone Warehouse has already stated that it will have the new One available for purchase within minutes of its unveiling over in the UK. We have yet to hear plans from any U.S. carrier, though we would be somewhat surprised if that doesn’t change between now and Tuesday morning.

It seems like we have been waiting for this event for months. I almost can’t believe we are only days away.

The live stream will be broadcast here.