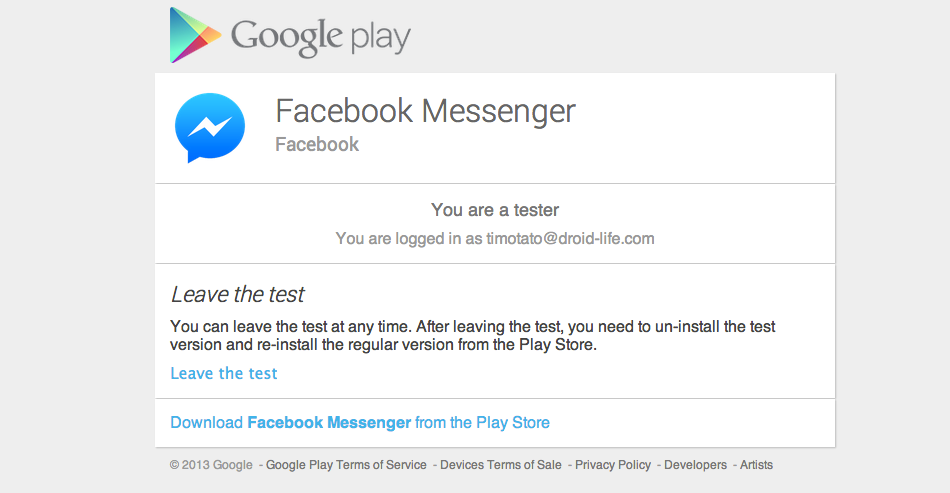 This afternoon, Facebook announced a new beta testing program, specifically for Facebook Messenger. For months, there has already been an official Facebook beta app for users, but this is the first time they have also opened it up to the Messenger side of things.

The beta, as Google has been doing with its staged rollouts for months, will act as a first line of defense against problematic bugs that get pushed through the app. Updates will go out to this select group of folks, and if there are issues, Facebook will have an easy time narrowing down problems and releasing fixes before the update is sent to the masses on Google Play.

Not only should you expect to see bugs and wacky app behavior, but you may also be first in line to see new features. Beta testing apps definitely has its ups and downs.

The beta program will provide us with an early warning system that will help make everyone’s experience with the app better, once we push it more broadly. Also, since Messenger is all about private sharing and small groups communication, the beta program will give us another channel to understand what kinds of sharing tools resonate with people using Messenger.

If you are willing to help out Big Brother, go sign up and download the beta app from Google Play by following the link provided below.