While we continue waiting ever-so-patiently for the Tegra K1 from NVIDIA to show up in hardware we can actually buy, we shall proceed to drool over its benchmark scores. The 64-bit quad-core and dual-core models of the Tegra K1 were announced back in January at CES, featuring a somewhat unheard of 192-core GPU, based on the Kepler architecture which is found in NVIDIA’s GeForce line of PC graphics cards.

To sum up the hype in simple terms, this mobile SoC features desktop grade performance, which will be essential for next-gen mobile game developers to take advantage of.

Apparently, there had yet to be a known official clock speed of the CPU in the Tegra K1. Thanks to recent benchmarks from mydrivers.com, we now know that the 64-bit dual-core variant of the Tegra K1 tops at a clock speed of 3.0GHz with 2GB of RAM. 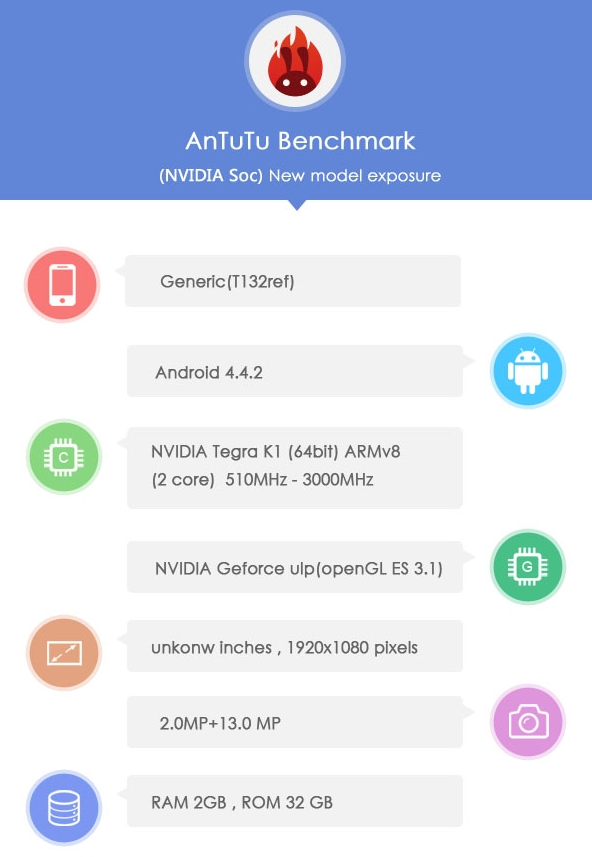 As for the competition, which includes the Snapdragon 805, Snapdragon 801, Exynos processors from Samsung, and LG’s Odin octa-core chip, the Tegra K1 is merciless in overall performance. With the dual-core and quad-core variants both scoring in the 43K range, the closest competitor number is 37K, belonging to the Snapdragon 805. Most flagships at this point are running 2013’s Snapdragon 800, which scores in the 34K range.

While it is cool to see the Tegra K1 perform so well on benchmarks, these obviously can’t compare to having a device in your hands that features the silicon. Rumor has it that NVIDIA will have a couple products launching with the Tegra K1 sometime in the first half of 2014, but we shall remain patient for official word.