Samsung won’t announce the Galaxy S5 until Monday, but they took time out of their Saturday night to unveil their newest wearables, the Gear 2 and Gear 2 Neo. Notice anything missing? That would be the “Galaxy” tag that was included in the original Gear. I guess you could say “it’s confirmed,” the Gear 2 and Gear 2 are separate from Samsung’s flagship line of phones, which also means they don’t run Android.

Say “Hello!” to the “first wearable powered by Tizen based wearable platform.” And that’s all we know about their relationship to Tizen for now, so let’s talk specs and features.

Samsung is being pretty light on info for both products at this time, but they are giving us a specs list. You are looking at 1.63″ Super AMOLED displays, 1.0GHz dual-core processors, 2MP camera in the Gear 2 (N/A in the Neo), heart rate sensors, pedometers, music players, Bluetooth, 512MB RAM, 4GB storage, IP67 Certified Dust and Water Resistant, and a 300mAh battery (2-3 day life). The camera has been moved from the strap and into the main body on the Gear 2, so no, you will no longer have a nipple on your wrist. Each device also has an IR blaster, so that you can control your TV through WatchON.

The Gear 2 and Gear 2 Neo connect to a “wide variety of Samsung devices.” In other words, don’t get your hopes up on compatibility outside of their Galaxy line.

The Gear 2 and Gear 2 Neo will be available “around the world” starting in April. 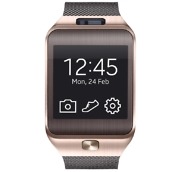 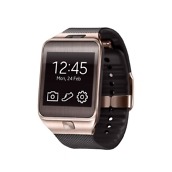 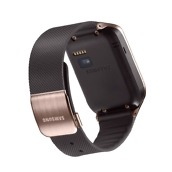 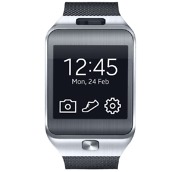 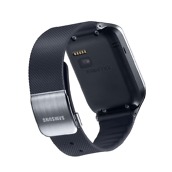 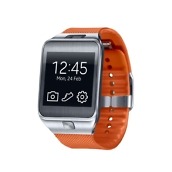 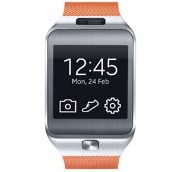 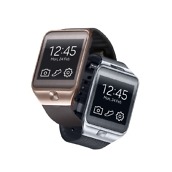 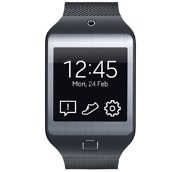 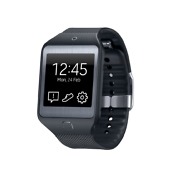 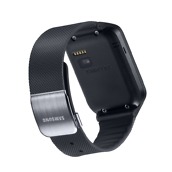 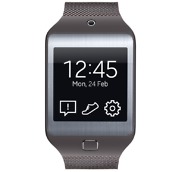 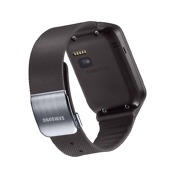 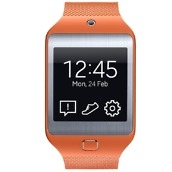 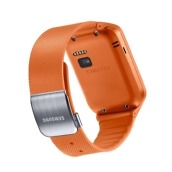 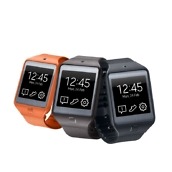 “Samsung continues to lead innovation in the wearable market by creating devices that are completely integrated into the lives of consumers through extended connectivity features, stylish customization options and a robust application ecosystem,” Said JK Shin, CEO and President of IT & Mobile Division, Samsung Electronics. “With the Samsung Gear 2 and Gear 2 Neo, we have enhanced everything consumers love about the Gear to offer unparalleled smart freedom in their everyday life.”

The next generation of mobile freedom
Samsung achieved a significant improvement as a leading smart wearable provider with Samsung Gear 2 and Gear 2 Neo. Both devices offer a lightweight design with premium finishes that reflect modern trends.

A Camera is equipped to a main body instead to strap, making the Samsung Gear 2 a sleek and sharp smart companion. Consumers are now available to express their mood or coordinate with their outfit with modern and sophisticated strap color options including Charcoal Black, Gold Brown and Wild Orange for Gear2 and Charcoal Black, Mocha Grey and Wild Orange for Gear2 Neo. The home screen background, clock face and font are also customizable to reflect their personal taste.

The Gear 2 and Gear 2 Neo are essential companion devices, allow users to accept or ignore incoming calls and messages, and providing instant notification options based on a user’s activity and habits.

Both devices act as an extension of a consumer’s daily life, offering users more control of their lives with standalone features, such as controlling electronic products such as TV, settop box through WatchON Remote application in their own home with an embedded IrLED sensor. The addition of a standalone music player with Bluetooth headset means people can leave their smartphone at home and still enjoy their music on the go.

Both devices also offer personal fitness coaching in real time, allowing users to develop a customizable fitness routine and monitor their heart rate in order to improve their overall well-being.