This morning, NVIDIA unveiled a new family member in the Tegra family tree, the Tegra Note 7 LTE. The device is the same as the Tegra Note tablet they released last year, manufactured by EVGA, but comes with 4G LTE and HSPA+ connectivity. Support for LTE is through AT&T and T-Mobile, as it appears that Verizon or Sprint are not listed as supported bands.

The Tegra Note 7 LTE is powered by a Tegra 4 processor, 2GB of RAM, features a 7″ HD IPS LCD display, has a 5MP rear-facing camera, 16GB of onboard storage, a microSD slot for up to 32GB of storage, a Micro HDMI port, a specially-designed stylus for fantastic note taking, and will come running Android 4.4.2.

The device will launch sometime in the second quarter of this year, priced at just $299.99.

When it’s released, we will let you know. 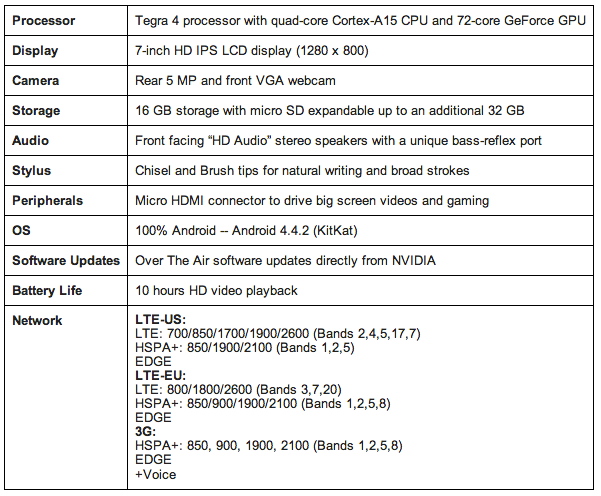