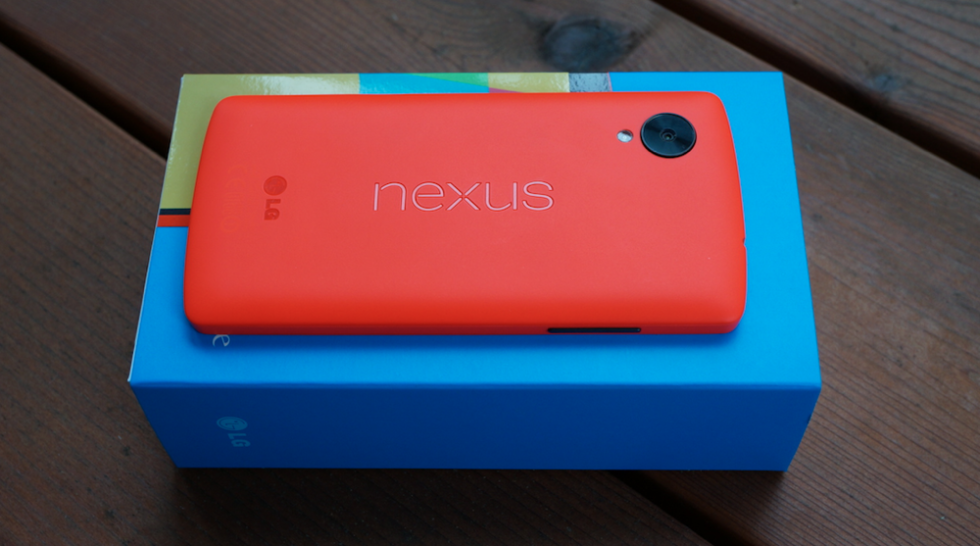 Yesterday, we unboxed the red Nexus 5 in typical fun fashion. It was a good time and all, but during the clip, we mentioned that we had a second unit floating around the DL offices that would more than likely end up in the hands of one of you. Because we stick to our word, it’s time now to give this bright red Google flagship away.

The red Nexus 5 was introduced earlier this week as a third colorway for Google’s latest smartphone. Outside of the bright red exterior, it’s no different than the black or white variants that have been around since late 2013, and even comes in both 16GB and 32GB models at $349 and $399, respectively. From the comments of our unboxing, we can tell that people either love or hate the color – there isn’t much room for a mixed opinion on this one. Personally, I’m a fan, but I’m a fanboy of all things bright, shiny, and Google.

Whoever wins this, let’s hope you like beacons of bright red light. You ready?

Tomorrow (February 7) at 10AM, we will randomly choose our winner.