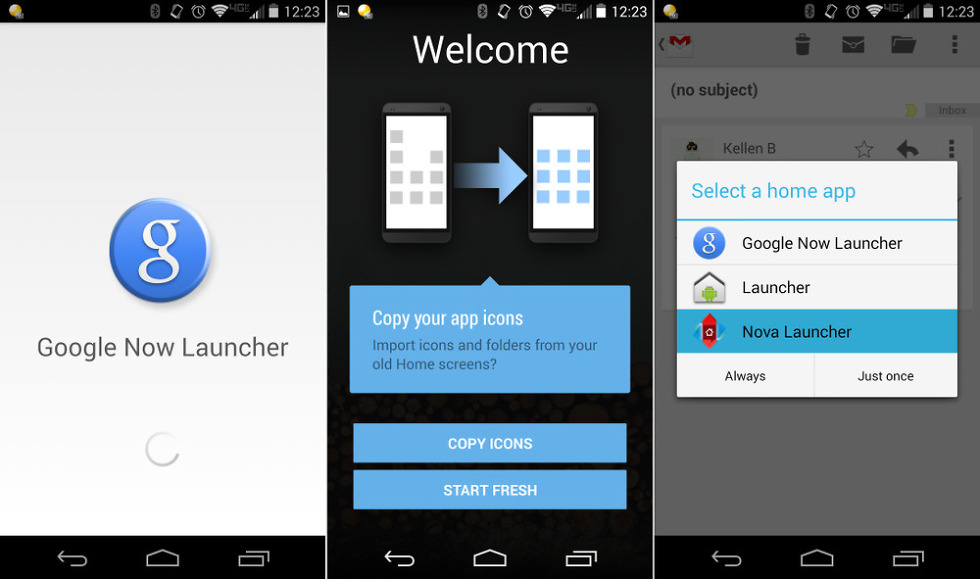 Through an update to Google Search that arrived today, we are now seeing a new name for the launcher that came installed as an exclusive on the Nexus 5. Previously dubbed the “Google Experience” launcher, the name has now been changed to “Google Now” launcher. The name makes a lot of sense, especially since it has Google Now built-in, is actually powered by Google Search, and can access Now with a simple swipe from the left.

But while installing it on my Moto X, I noticed that it wanted to do more than just act as a sideloaded, stepchild launcher that didn’t belong. It asked if I wanted to import settings (well, icons and folders) from my older stock launcher. While we have no official word on this, seeing options like this in the launcher certainly hints at this new Google Now launcher finally arriving for all on Google Play.

Many of your probably have this launcher already installed on your devices (GoogleHome.apk), since it has been sideload-able for some time. But I took a clean Moto X without it, then updated Google Search and installed the GoogleHome.apk and was taken through a setup process.

At this time, you still need both GoogleHome.apk and Google Search to get the Google Now launcher to work, so if Google does make this available to all, an update somewhere is either going to have to combine them or perform another trick.

To get the Google Now Launcher up and going, do the following:

If you want to see the setup process and already have GoogleHome installed, feel free to uninstall it and then “clear data” and “force stop” Google Search. Then re-install GoogleHome.apk and set it as your launcher.