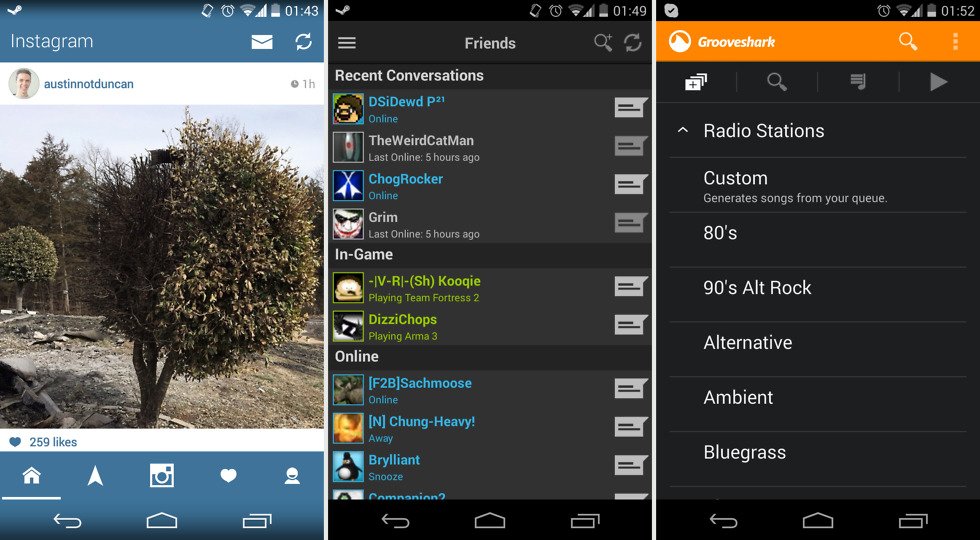 Android has come a long way over the years, but unfortunately for users, just because an application is released on Android at the same time as iOS, doesn’t mean that it will use all that the open platform has to offer. Google has published an Android Design Guideline as a start for developers who want to make their apps look good and handle well, but a few major developers choose to not follow the guides. The XDA group Holofication Nation is looking to change that.

Big name apps like Instagram, Snapchat, GrooveShark and Steam are all in the sights of Holo Nation. Their mission is a simple one: “Our goal is simple, to do what those big companies can’t do, make a decent UI.” The team currently consists of two developers that are re-tooling these applications to look more like they belong on Android. The list of features they would like to bring to the apps contains adding action bars across the top and bottom, hamburger menus when necessary, and cleaning up color schemes.

To install these modded apps, you have to uninstall the official ones, but early reports of the developer’s work are promising.

Facebook is not on the list of apps to be worked on due to server-side control over the user interface. In the future, Holo Nation hopes to have an central hub-like application that keeps all of their other modded apps updated.

For now, head over to their XDA thread and check out these re-styled apps.