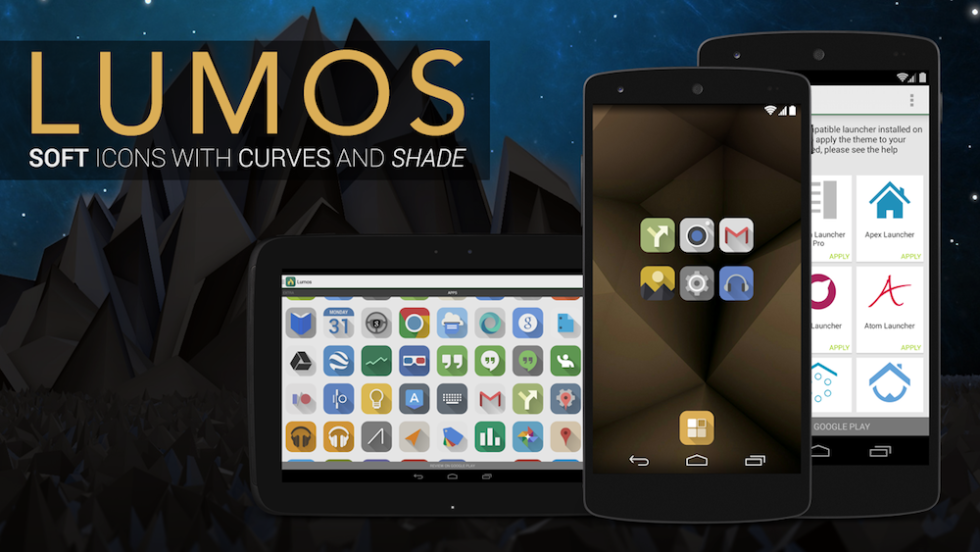 If you caught Wednesday night’s Droid Life Show, and last week’s Droid Life Show, you might have heard us mention an upcoming icon pack from kovdev, titled Lumos. The pack is now live on Google Play and it’s the best way to breathe new life into a device. As long as you are sporting a third party launcher such as Apex, Nova, or Action Launcher that allows the applying of icon packs from Google Play, then you will definitely want to check this one out.

Lumos is based around understated subtleties, as there are no super bright or exotic colors. There is a light that shines down from within the icons, which casts a soft shadow on each one, revealing a somewhat 3D effect. We don’t know the true elements of the icon pack, so who better to explain it than Dave Kover himself.

The idea behind Lumos is reduced light from a central, off-icon lighting source. The icons have a soft color palette and beautifully curved corners. We’ve brought back the long shadow, which now offers a bit of dimension, to contrast with the matte appearance of the other elements. These icons are designed to be easy on eyes. The soft tones allow them to blend in with appropriate wallpapers, waiting for you to notice them.

It is now on sale through Google Play for $1.99 and includes over 1450 icons, plus a ton of gorgeous wallpapers.