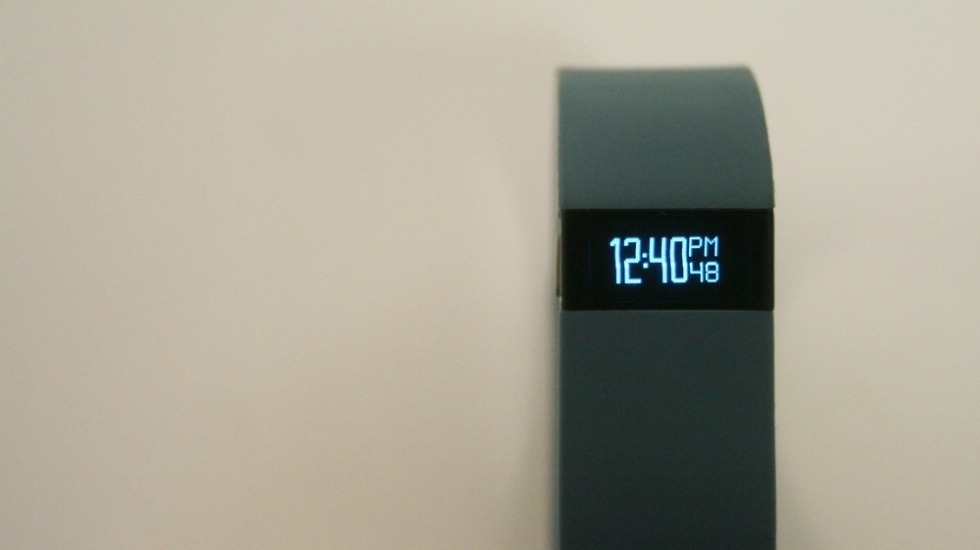 If CES 2014 was any indication, 2014 is going to be the year of wearable technology. The story of the Fitbit Force extends a little bit earlier than that, but now Fitbit finds itself in the middle of an overly saturated fitness band/wearable technology market. Fitbit might not have the sexy brand of Nike or the respected Android history of Motorola, but the Force is looking to distinguish itself. The question is, with so many other options out there, is the Fitbit Force worth your money? Let’s find out.

One of the best parts about the Fitbit Force is the portion that doesn’t even cost money to use. Once you sign up for a Fitbit account on their website, you have access to a wide array of fitness tracking equipment right from the start. You can track food taken, activities done and loads of other health stats right away, for no cost. And there are a lot of stats that can be tracked: weight, blood pressure, heart rate and even blood glucose level can be logged. Of course all of these stats are kept track of automatically and more easily with the Force added onto your account, but the fact that Fitbit offers all of these free services through their website just for signing up is absolutely great.

While the top part of the band is a little thick for my tastes, the rest of the Fitbit is one good looking device. The soft and flexible plastic that the Force is made of will immediately remind you of any fitness gear that you have seen before. It is comfortable to wear for long periods of time, though. Some users have reported issues with rashes breaking out on the underside of the wrist where the metal piece that keeps the watchbands together touches the skin, but I haven’t had this problem. I’m fairly sure that those cases are undiagnosed allergies to something in the Fitbit, nothing that will kill anyone. 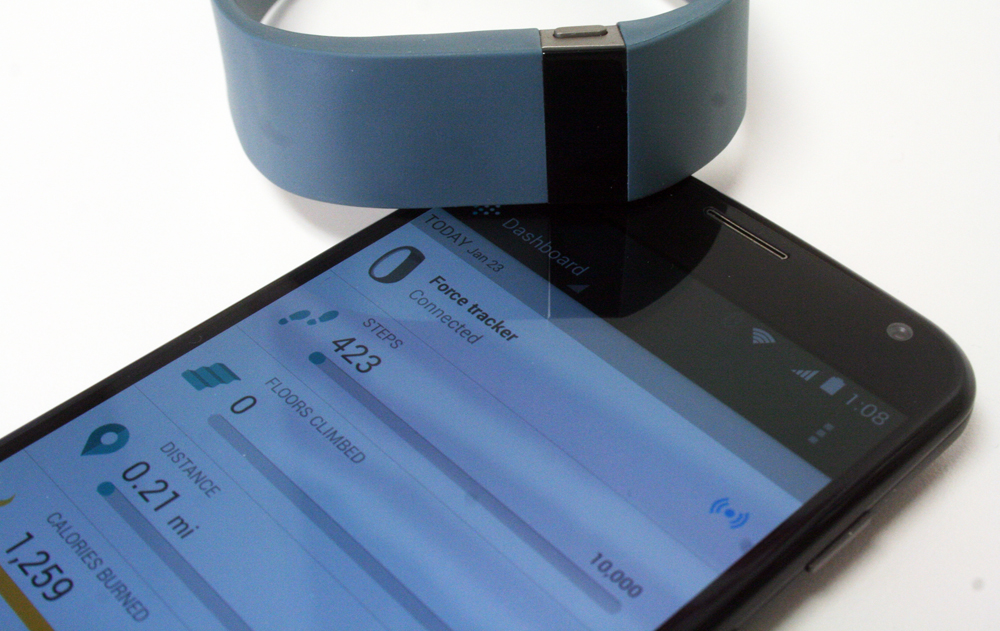 One of the main selling points of the Force over something like the Nike Fuelband is the ability to work with Android devices. Once your phone has Bluetooth 4.0 activated, Fitbit’s fitness band can communicate your daily goals to your phone in real time. Long time Android users remember how devastating for a battery it used to be to leave Bluetooth on in the background, but I decided to try it with the Fitbit and I was mostly very pleased. My Moto X and Force did very well with having Bluetooth on at all times during the day, for the most part. Battery drain on the Moto X was almost unchanged and the Force went for long periods without having to be recharged. There was however, a few times where it seemed that the Force and Moto X stopped communicating for some reason or the other. When that happened the Force’s battery would be drained within a few hours, and the device would need to be soft-reset before it could be connected to my phone again. I have only had that problem a few times in the month or so that I have had my device, and it seems like something that could easily be patched in a software update.

One of the best parts of having a fitness tracker like the Force is doing it with friends. Unfortunately for the Fitbit, Nike has scooped up a lot of the fitness people into their network. However, since I have owned the Force, I have found it fairly easy to make friends through the Fitbit website to put myself up against. Granted I don’t know these people face to face, but having a list of people who are also working at those goals makes it better. If Fitbit gains a larger foothold in the wearables market, expect to see their network of users grow.

Fitbit tracks a lot of your health statistics, including how you are sleeping. Keeping the Force on your wrist while you sleep allows it to track the times that you were restless and awake during your sleep and uploads it to their site for you to study. It seemed a little tedious to me to have to try and remember when I fell asleep the night before and then to remember to upload it that morning. I really do like the sleep tracking feature, it was tough for me to put it in the “not-so-good” category, but it could use a little bit of work.

Edit:  Readers chimed in to let me know that a long press on the Force’s button activates a sleep mode, but this same button is also used to track active minutes during workouts. I’ll have to test this shortcut to sleep mode from here on out, but still confused as to why these two features are on the same long press. Either way, if this works, it certainly could make tracking sleep much easier. Will update the review shortly.

This is probably the worst implemented feature that Fitbit offers through their services. Fitbit gives you the tools to log food that you eat each day to help keep your health up, but it is very cumbersome to do so. Fitbit’s database of food and the calories associated with each food is way too expansive. Finding the right size of Coca Cola that you drank for lunch is a lot harder than you would expect. After a while of trying to keep up with this after every meal, I have come to stop using it all together. 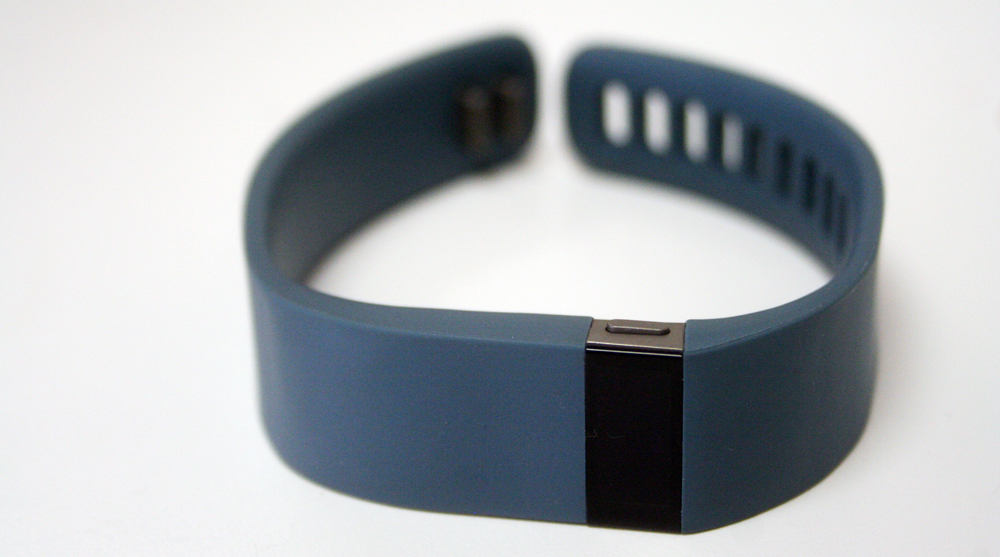 This is something that I really hope that Fitbit works on adding to their Android support down the road. The Force for iOS can give you small notifications from your phone on the LCD screen. This is an iOS exclusive at the moment and there haven’t been any rumors as of yet that it will be heading to Android. The screen is too small to read any kind of words from an email or text message on, but if I could get a Gmail or text message icon notification when I receive one on my phone, I would be a happy man. 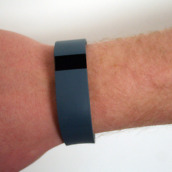 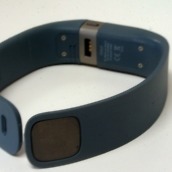 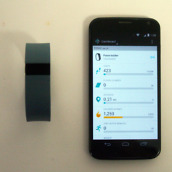 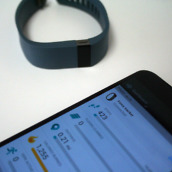 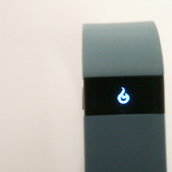 I have really enjoyed the Fitbit Force since I picked one up. After finally seeing that Nike has no intention on working with Android I was a little disappointed that there was not something similar out there that worked for Android. The Force does a lot of what the Fuelband does. It has its upsides, like the overall health tracking, but also downsides, like the lack of people using it. If you are looking to get the best fitness tracker that works with Android right now, the Force is for you. With a few updates here and there, the Force could end up being the best fitness tracker, period.