Is there a place for Pandora in a post-Spotify world? Apparently so, because 76.2 million people last month listed to 1.58 billion hours of music on the service. Still, Pandora isn’t resting on its laurels: the company announced that it’s launching personalized station recommendations on both Android and iOS.

The feature has already begun rolling out, so you should see it on your smartphone and/or tablet shortly. 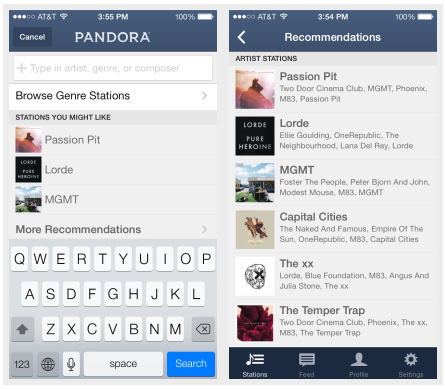