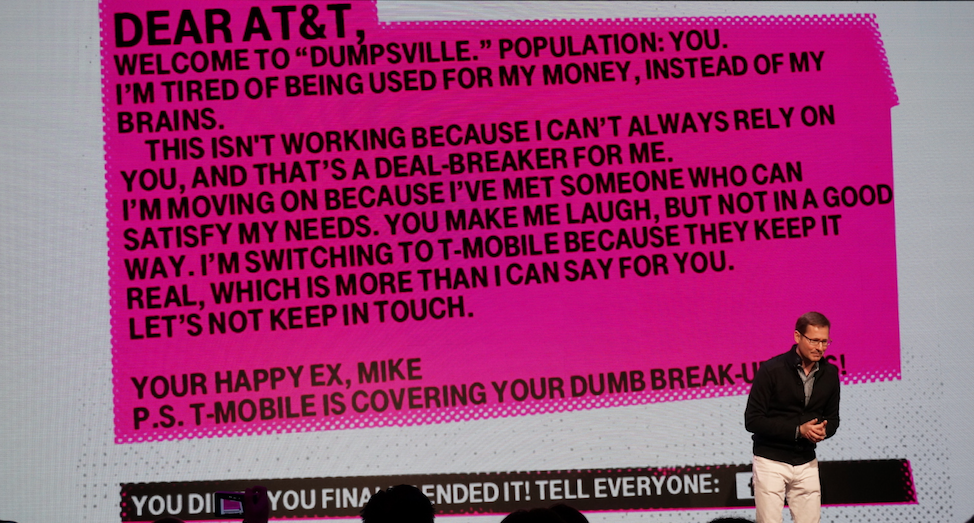 T-Mobile has made it clear – they aren’t going to hold back any time in the near future. They are going to be brash, bold, and say whatever the hell is on their mind when it comes to their competitors. And since you all seem to be joining in on their party – their preliminary Q4 2013 report shows 1.6 million new net adds – they want to invite you to be vocal with them. They want you to send a “break up” letter.

Launched today, with their latest UnCarrier movement that will pay ETF fees for customers who sign-up for T-Mobile service, the growing carrier has created an app to help you send a “break up” letter to your former carrier. An example can be seen above in the image I took from the press event, but it could vary depending on how you answer a series of questions.

The letter could bring up “Dumpsville,” say that “we’re over,” or tell them how much you hated being “used for your money.”

Silly, but silly is good most of the time. To send yours, visit their app on Facebook.