Samsung may be a company shaped by hyperbole and ostentation, but that doesn’t mean it isn’t cost-conscious. The Exynos 5 Octa is an expensive chip to manufacture, and power-hungry enough to rule out use in mid-range devices.  For that reason, the company used quad-core processors in less expensive smartphones as a stop gap measure, but has now developed an in-house silicon solution that will debut with the the upcoming Galaxy Note 3 “Lite”: GSM Arena reports that a hexa-core ARM processor powers the inexpensive phablet.

According to leaked documents, the new CPU contains two 1.7GHz core and four 1.3GHz cores, which suggests at derivative implementation of ARM’s big.LITTLE architecture; the more powerful cores will handle processor-intensive tasks, while the smaller cores will handle programs that aren’t quite so demanding. That, in combination with the relatively low-resolution 5.5-inch 720p Super AMOLED display, should provide significant power savings for the Galaxy Note 3 Lite, which will be positioned as a low-cost alternative to the Note 3.

Other Note 3 Lite specifications include 2GB of RAM, 16GB of internal memory, an 8MP camera, a 3,100 mAh battery, and a microSD card slot. There’s still no word on when Samsung intends to launch the handset, but you can bet we’ll hear something about it at MWC this February. 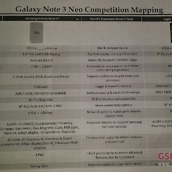 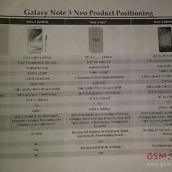 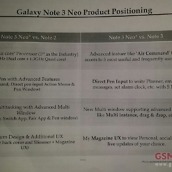 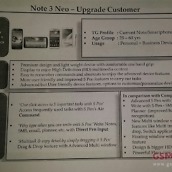