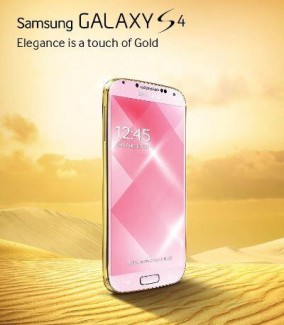 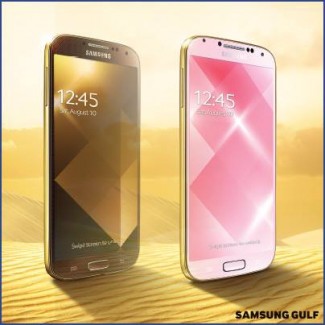 Here we are, just after the two week mark from Apple announcing to the world that they would start producing a gold variant of their new iPhone, and apparently, gold fever has spread. Samsung has taken to their social media outlets in the United Arab Emirates to announce that they will have two new gold-colored Galaxy S4s coming to market sometime soon.

We know how excited you are to have one of these, but it is doubtful that these golden flagship devices will ever make it to the worldwide market. These will most likely be an exclusive to carriers in and around the UAE. We also doubt that this was mere coincidence, that Samsung just happened to have this color in the pipelines before leaks showed that the new iPhone would be featured with a gold casing. They say old habits die hard and Samsung feeling the need to copy Apple might be one of those habits that they just can’t get rid of too easily.