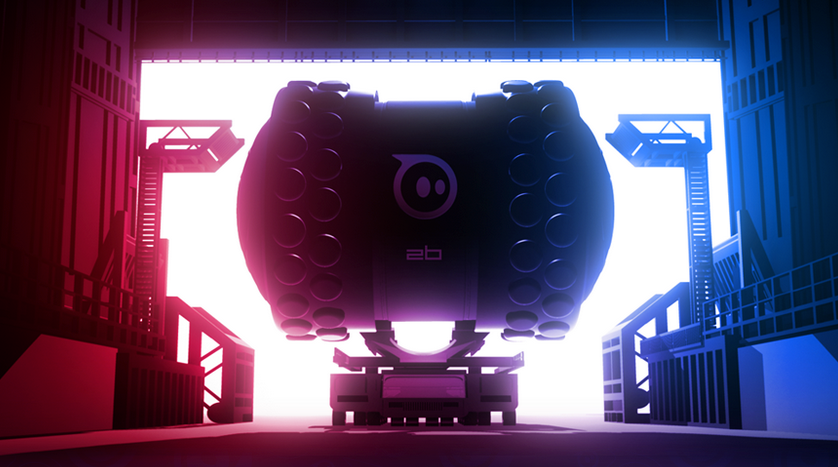 You know what’s cool? Garish toys for the technorati.  You know what’s cooler? Garish toys for the technorati controllable with a smartphone or tablet. Orbotix’s new and improved flashy ball thing, the Sphero 2B, is exactly that. A motorized device driven with an accompanying app for Android and iOS, the Sphero 2B flashes, blinks, jumps, quickly switches direction, and looks generally awesome despite having no discernable purpose.

The new Sphero is an improvement over its predecessor in several respects. First, its new shape allows the device to travel up to 14 feet per second (double the speed of its predecessor) and maintain better stability while traversing difficult terrain. Second, the inclusion of interchangeable wheels, tires, and hubcaps should entertain armchair mechanics to no end.  Third, the projected price is “under $100”, which is a massive improvement over previous Spheros (the Sphero 2.0 debuted for $130).

The device connects via Bluetooth LE, and has a range of 30 meters. Undetailed “smart accessories” will accompany the Sphero 2B’s launch, although it’s safe to say ramps will probably make the list. Units won’t begin shipping until Fall 2014, but if the Sphero tickles your fancy, you can reserve it on Orbotix’s website right now.