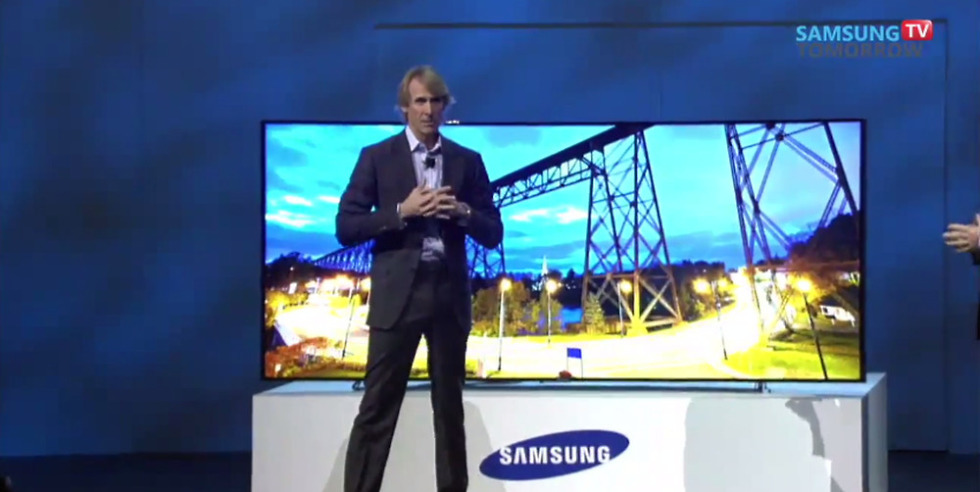 If you missed the Samsung CES press event from this afternoon, then you missed what may have been the most uncomfortable, amusing, and confusing moment of the week so far. Transformers (and other hit-or-miss action flicks) director Michael Bay was invited on stage to talk about one of Samsung’s new Ultra HD TVs, only the appearance barely lasted all of one minute.

Bay initially started talking about himself, but then appeared to have lost his place on the teleprompter before losing it altogether. He tried to regain his composure before ultimately walking off stage and apologizing. As we were sitting there in the audience, we couldn’t tell if it was a joke or real. Turns out it was real.

As the internet is turning this moment into the next viral clip, Bay has already taken to his own blog to either fulfill his commitment or try and save face. Here is what he had to say:

Wow! I just embarrassed myself at CES – I was about to speak for Samsung for this awesome Curved 105-inch UHD TV. I rarely lend my name to any products, but this one is just stellar. I got so excited to talk, that I skipped over the Exec VP’s intro line and then the teleprompter got lost. Then the prompter went up and down – then I walked off. I guess live shows aren’t my thing.

But I’m doing a special curved screen experience with Samsung and Transformers 4 footage that will be traveling around the world.

To see the action unfold, you can watch the video below. Jump to the 57:10 mark.