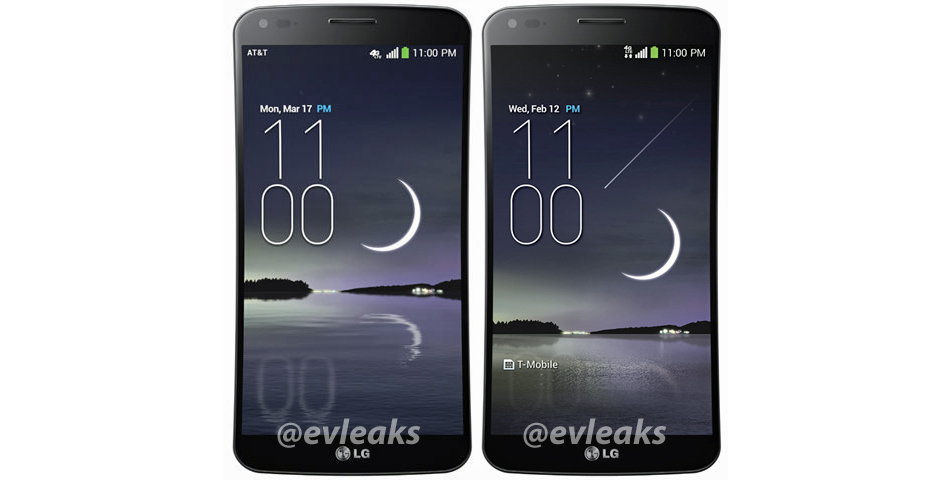 Last night, @evleaks posted a couple of press renders for the LG G Flex; one for T-Mobile’s 4G LTE network and the other for AT&T’s network. There were no dates given along with the images, so we still don’t know when to exactly expect these devices to hit the States, except for one source who stated February. When they do, we will more than likely be looking to pick one up, given the uniqueness of their design.

The G Flex features a quad-core processor, 6″ HD display, 2GB of RAM, a 13MP back-facing camera, and plenty of other great top-tier specs. If a curved device was on your wishlist for 2014, you aren’t too far away.

Thoughts on the G Flex? Are we hoping it also makes an appearance for Verizon’s network?