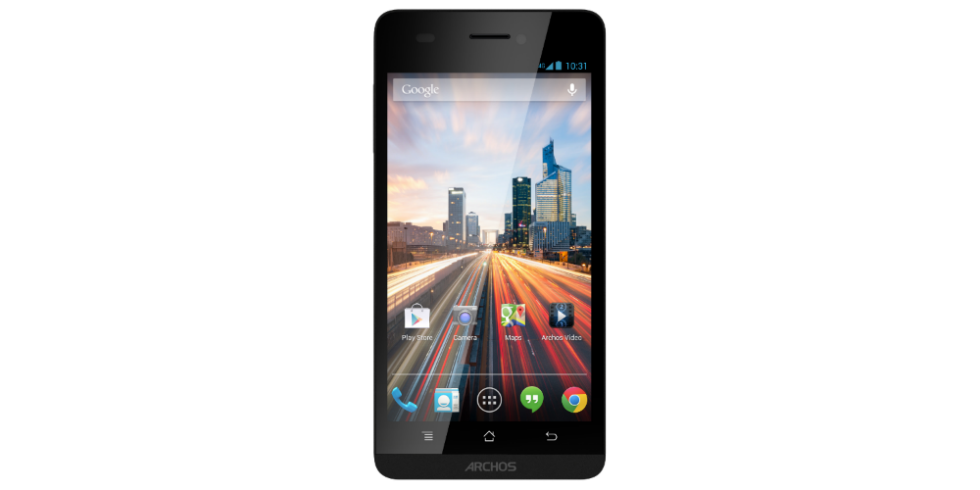 Archos is to pull back the curtains on two new smartphones at CES next week, the 45 Helium and the 50 Helium. Both phones are for the budget-minded buyer, sitting at $199 and $249 respectively. Each device features 4G LTE radios, as well as Qualcomm quad-core processors clocked at 1.4GHz, and an Android 4.3 OS which is upgradeable to Android 4.4.2. Archos looks to be re-entering the budget device field with the right idea.

Since the devices feature 4G LTE, for such a low price, let’s cover which networks you will see these devices run on. Archos states they both feature radios to support 800, 1800, 2100, and 2600Mhz frequencies. Here in the U.S., that doesn’t translate to much. We’re not seeing support for either AT&T or Verizon’s LTE though. In fact, the lack of CDMA radios in general pretty much keeps you locked to a GSM provider here in America.

Full specs and press release are below. 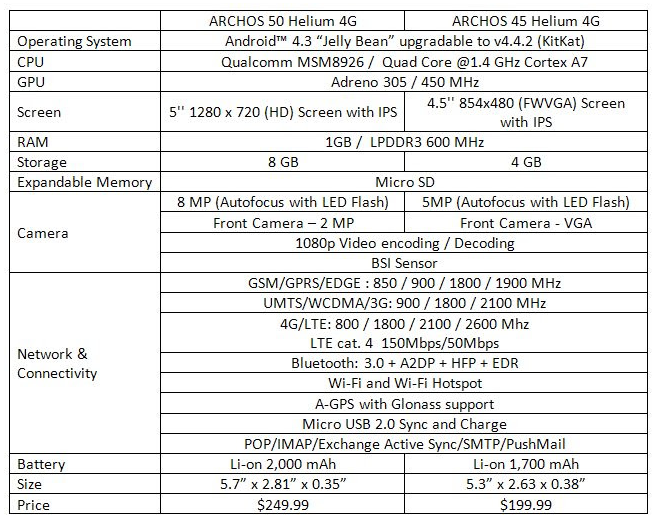 ARCHOS’ grand entry into the 4G era smartphone market, the ARCHOS 45 Helium 4G features a vivid 4.5-inch screen with IPS technology, blazing fast Quad Core 1.4 GHz processor and is capable of transferring speeds at up to 150 Mbps using a 4G/LTE network.  The ARCHOS 50 Helium 4G, a slighter larger offering, comes equipped with the same cutting edge technology but has a 5-inch HD 1280×720 screen, 8 GB of storage and a 8 MP camera.

The launch of the ARCHOS 45 and 50 Helium 4G phones addresses the growth in global 4G network availability and the increasing global demand for affordable mobile technology.

ARCHOS’ new smartphones build on the company’s overwhelming success in the European mobile market and takes advantage of its partnership with Qualcomm, leader in mobile chipsets and processor, to jointly engineer and launch affordable 4G solutions worldwide.

“The smartphone has revolutionized the way consumers access information, giving them the ability to instantly view, connect and share ideas regardless of location and time,” says Loïc Poirier, CEO of ARCHOS. “The ARCHOS Helium 4G smartphones will once again change consumers’ mindsets by making the best possible technology affordable.”