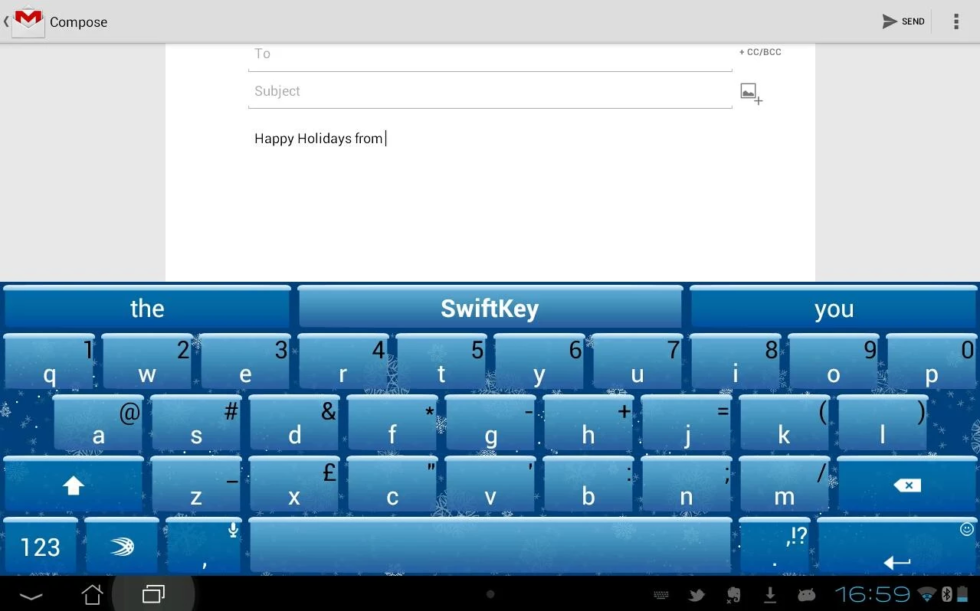 Swiftkey introduced us to a new beta last week that included two highly requested features: over 500 emoji and an optional number key. Today, they are taking care of their paid fans through Google Play by pushing out update v4.4. In v4.4, the highlight is a new “Ice” theme that arrives just in time for the holidays. When active, the theme will create a snowstorm as your Flow through words or simply drop a snowflake as you thumb tap away. So merry.

They also fixed a bunch of bugs:

And last, the beta has an update as well that includes this new keyboard theme, plus you’ll also have to be on the lookout for a hidden X-mas Easter Egg in there somewhere.