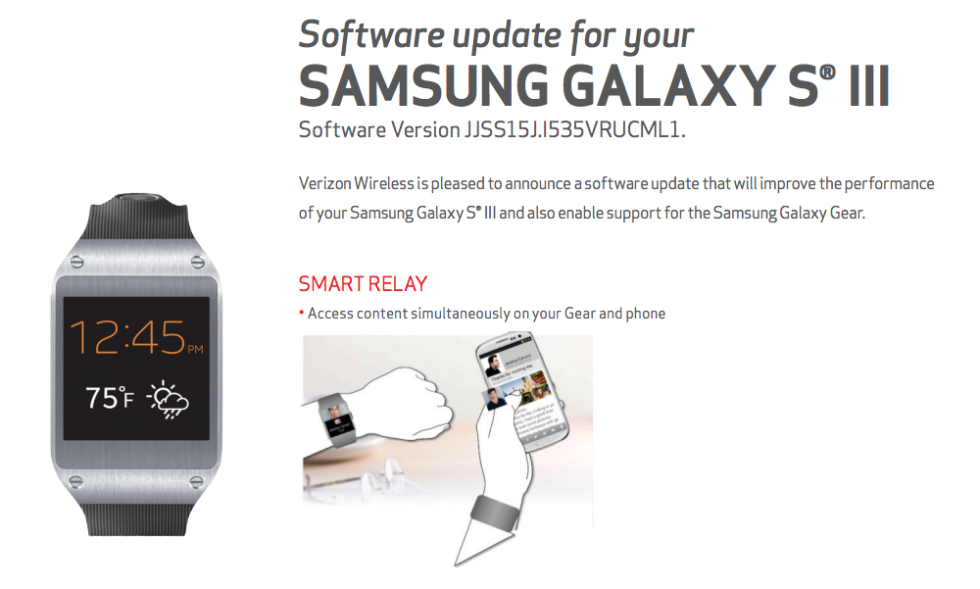 Do you have a Galaxy S3 on Verizon? Perhaps you’re the proud owner of a few of the 800,000 Galaxy Gears Samsung shipped last month. If you answered “Yes” to either of those questions, you’ll be pleased to hear that an update to Android 4.3 Jelly Bean with full support for the Galaxy Gear has begun rolling out to Verizon GS3 users.

Besides Galaxy Gear support, the update includes access to the Verizon Cloud, a ‘Sound & Shot” option in the camera, fuller support for Bluetooth 4.0 LE devices, the ability to move apps to the SD card, and various enhancements to Multi-Window, call settings, Isis Wallet, the lock screen, and notifications. A number of bugs have also been addressed.

The update is rolling out as build VRUCML1 according to Verizon support documents, all of which we have included below.

Let us know in the comments if you’ve received the update, and if you notice anything we failed to mention.