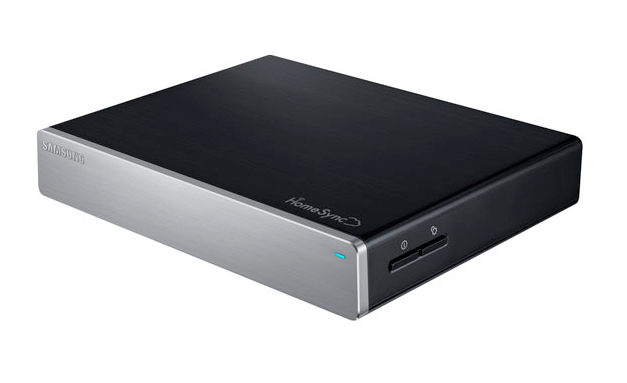 Did you forget HomeSync existed? That’s forgivable, especially because Samsung’s 1TB wireless file storage device has, until today, only been usable by select Galaxy phones. Thankfully, that’s changing for the better: Samsung announced that it intends to release a remote app compatible with a broader range Android smartphones and tablets.

The HomeSync is part of Samsung’s tepid living room initiative. Positioned as a competitor to products like Apple TV and Roku, the device is intended to serve as a central hub for all of your media. To that effect, users can configure HomeSync to automatically synchronize photos, videos, music, and documents across devices; “up to eight users with five devices each” can use the HomeSync as a sort of private iCloud. In addition, the HomeSync is capable of mirroring mobile device content on a television via HDMI, and has access to Google Play apps and games.

The HomeSync is priced at $299, and is available from a number of online and brick-and-mortar retailers.