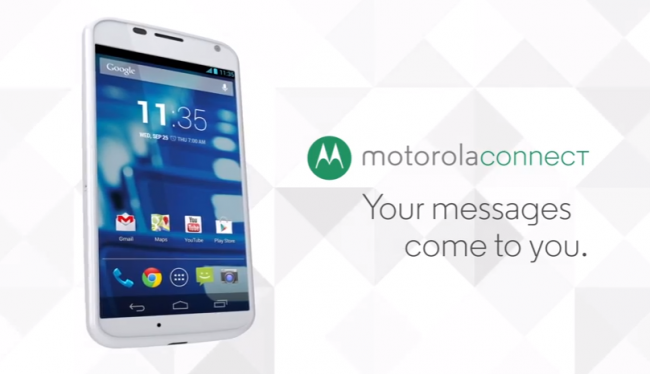 Motorola continued its quest of separating major apps from its 2013 flagship devices by putting them on Google Play. This move is similar to what Google has done over the last couple of years with its services, as it makes updating them much easier. Motorola can bring new features to their best phones now by updating them through Google Play instead of having to push out an entire OTA update that would require carrier approval.

We saw them do this with the camera app on the Moto X a few weeks back. Today, they have added Motorola Connect and Motorola Assist. With Assist, no new features are listed, plus it’s also not showing as compatible with any of our Moto X devices. I have a feeling it was put there to make it ready for Kit Kat (and none of my Moto Xs are running Kit Kat). If you have a Verizon or T-Mo variant, I’d imagine you can install this right away.

With Connect – Motorola’s Chrome extension companion for dealing with texts and calls on a PC – we’re definitely seeing the Kit Kat requirement, but that makes sense since the update brings support for SMS in Hangouts, a feature that was introduced with Android 4.4. With Hangouts now supporting SMS and MMS, users of Connect won’t miss a beat.

Are any of you big Motorola Connect users? How is the experience?