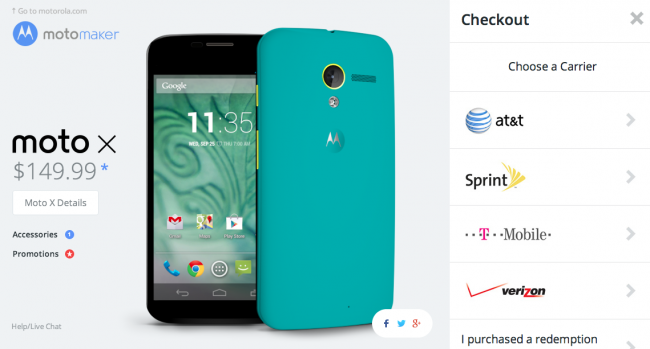 This morning, a number of you noticed that when checking out through the MotoMaker process, Verizon was no longer listed as a carrier option for the Moto X. Well, I should clarify that. You probably put together a 16GB Moto X and then tried to checkout, noticing that Big Red was left off of the list of available carriers. But that’s the thing, if you had chosen a 32GB Moto X, Verizon does indeed still show up, it’s only missing with the 16GB version that is missing.

We’ll avoid conspiracy theories for now and assume that they are low on stock.

Update:  Motorola just hit us up to confirm that the 16GB version for Verizon has now returned. Go get it.