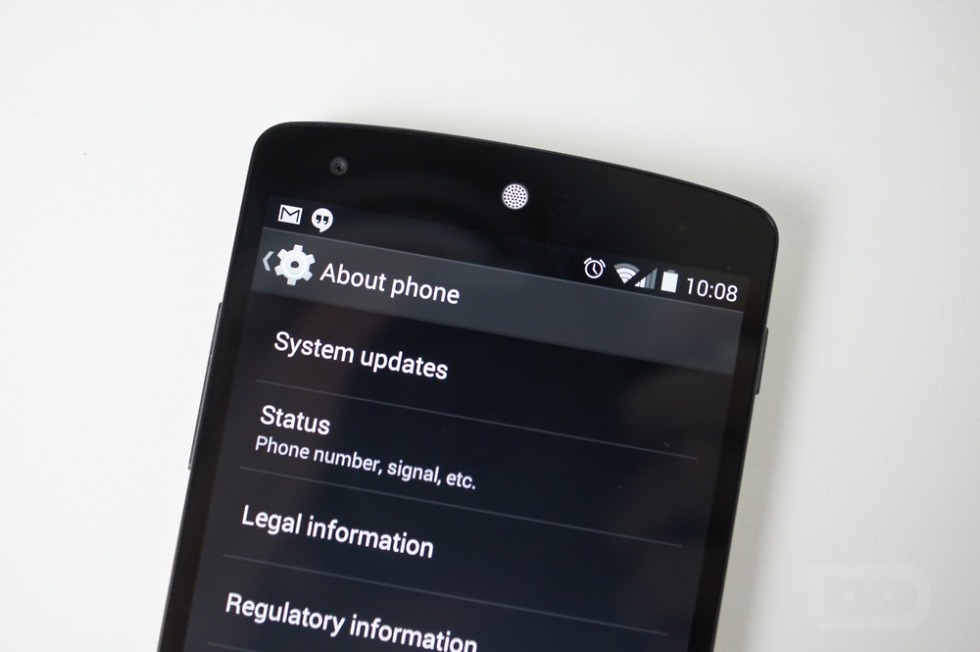 We are Android users. When an updated version of the OS becomes available, we want it right then and now. When we don’t see it in a timely manner, we start becoming anxious. This anxiety leads to many users overusing the “Check for Updates” button under the system settings menu, which usually leads to nothing. If continuously mashing doesn’t work, the next step we usually suggest is to clear data from your Google Services Framework apk, which is found under your system settings menu as well. As it turns out, each of these steps aren’t helping you get the update any quicker, and could potentially be hurting your chances as a result. A Googler took to Reddit to explain this process, and offers advice for those who always have to be running the latest version of Android.

When it comes to rollouts of new software and OTA updates, Google is all about staged rollouts. As the Android engineer, Dan Morrill explains, the update process begins in percentages, and typically only 1% of devices will see the OTA update within the first 24-48 hours of the update being live. In this timeframe, Google works on any incoming bug reports or major issues, then ups the percentage to about 25% of devices. Once things are rolling smoothly, within a week 50% of devices will see the update, followed by 100% about 2-3 weeks after the update announcement.

What the percentages mean is that when your device checks in, it has a 1% chance (for example) of being offered the OTA. If it doesn’t (randomly) get an offer, it will never get an offer until the next batch.

IOW, once your device checks in and gets turned down, that’s it until the next batch. Mashing on the “check for updates” button just causes your device to check in again, and get automatically turned down again.

As for clearing the Google Service Framework data, Morrill cries foul. He explains that when doing this, Google’s servers essentially recognize this as a factory reset, which in turn, will leave many of your apps (including Google Play) unusable.

There are many downstream effects of this, but a big one is that this invalidates the tokens used by any app that uses GCM (which is nearly all the Google apps, and a ton of third-party apps.)

How apps react to GCM IDs changing varies by app. With Play Store you have to log out and log back in, I think Gmail usually handles it transparently eventually but won’t get new mail notifications for a while, etc. Some apps you may have to clear data on to recover. All apps will simply stop getting GCM push-messages, until they get a new GCM ID.

Moving forward, this is fantastic info to have coming from someone who actually knows what is going on behind the scenes of an OTA update. As we mentioned, we’re Android users – we want the latest software running on our devices as soon as it launches, but unfortunately, some of us will have to be patient. Although, none of this will stop you from sideloading an OTA zip file once they are made available. And if you are afraid of adb, then maybe this is a good reason to try it out. We promise that it’s not that scary.